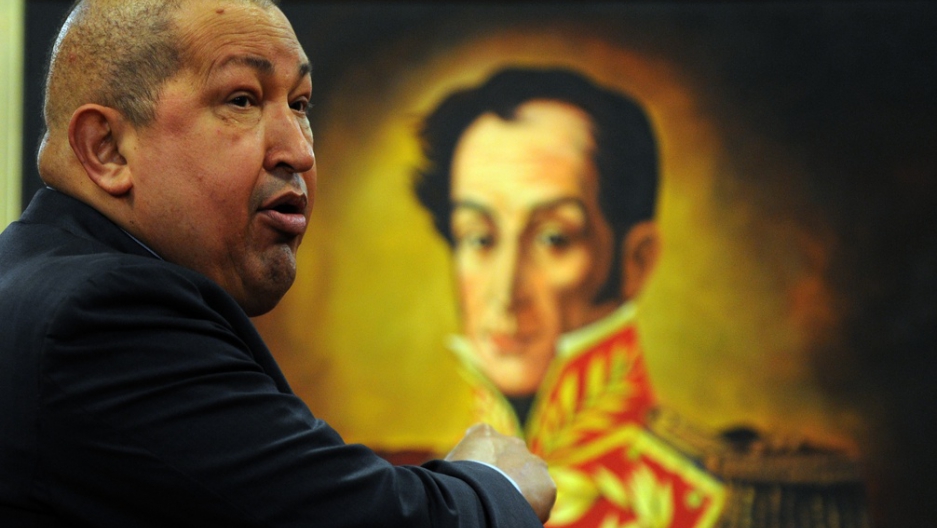 Hugo Chavez said mid-last year that he was going to take all of Venezuela's gold reserves stored abroad and bring them home.

And for the most part, he did.

But he's leaving about 15 tons behind.

Most analysts figured Chavez had two motives for bringing it home.

First, to stick it to the West, as he is wont to do, but secondly as an election ploy.

Chavez faces what's likely to be his toughest reelection challenge this year.

Chavez already has plenty of cash—Venezuela sits on the largest oil reserves in the world. But with presidential elections coming next year, Chavez may also be looking to secure other assets as he prepares for his campaign.

If things go badly at home, or countries try to impose sanctions from abroad, they wouldn’t be able to touch his gold reserves. According to Bloomberg, an analysis by RBS Securities Inc. suggested the decision was part of the government’s political agenda, calling it “worrisome.”

He remains pretty popular, relying on his wit and socialist rallying cries to whip up nationalist (or Chavistic) support. According to a poll in September by Datanalisis, a Caracas polling firm, his popularity hovered around 50 percent last year.

But it's not all good news. Per the AP:

A majority of Venezuelans disapprove of the government's performance on key issues such as crime, corruption and the economy ... according to the survey by the Caracas-based polling firm Datanalisis.

Crime, corruption and the economy are kind of big problems in Venezuela. GlobalPost recently published a story about rising crime levels for products like Blackberrys, which are difficult and expensive to obtain due to foreign-exchange controls, as well as a story about the housing shortage in Caracas, where people have begun to squat in empty office buildings.

Will bringing home the gold be enough to keep him on top through the election?

You can bet Chavez has a few more tricks in the bag.