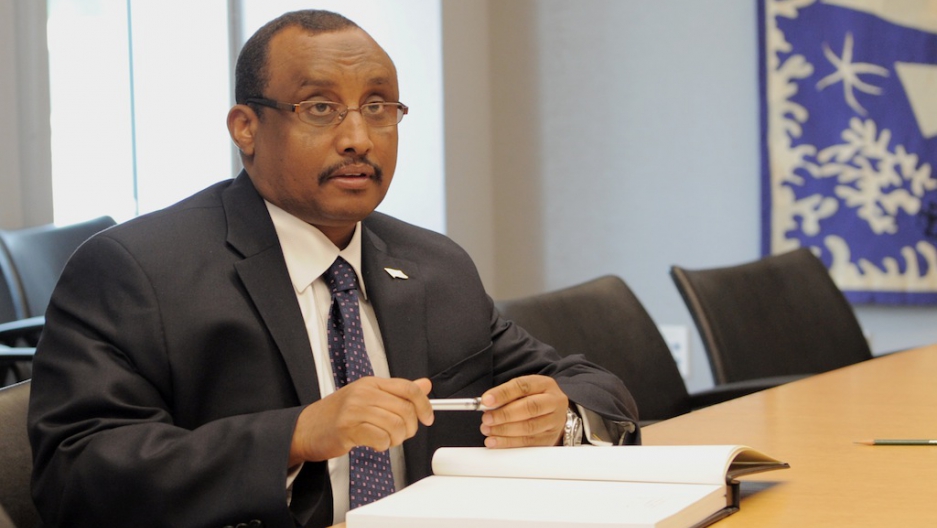 NAIROBI, Kenya — Ethiopia has (again) joined the fray in Somalia.

Many see Ethiopia's latest fight against Somalia's Al Shabaab as a resumption of a centuries-old struggle.

When I spoke to Somalia's Prime Minister Abdiweli Mohammed Ali in his fortified Mogadishu residence last month he dismissed any chat about "traditional enmity" between Christian Ethiopia and Muslim Somalia, countries which have long fought over the Ogaden region and much else.

Reuters' correspondent Barry Malone (@malonebarry) has a handy backgrounder on the prime minister's historical myopia, including the following:

At the center of the latest episode between the two nations is the Islamist rebel group, al Shabaab, which has declared holy war on the still mostly-Christian Ethiopia, and threatened to launch suicide attacks in its capital, Addis Ababa.

Neighboring Kenya sent troops across the border in October, unsettled by a spate of security attacks it blamed on the militants, with the aim of dismantling the rebels' networks.

Ethiopia watched closely, analysts say, unsure of whether the Kenyan intervention would work. Finally, a month ago, with the Kenyans stalled, its troops moved into Somalia to arm and train the pro-government militia Ahlu Sunna Waljamaca (ASWJ).

Such is the delicacy, that Ethiopia has not admitted publicly to its latest incursion despite scores of testimony from local witnesses, elders and reporters.

"The knowledge of history as well as the unwillingness to hand al Shabaab the propaganda coup, just when the terrorist group is weakened, probably has a great deal to do with Ethiopia's reluctance to do more than build up the capacity of local Somali allies like ASWJ and to try to politically unite them in a common effort," J. Peter Pham, Africa director with the Atlantic Council, told Reuters.

Until now, Ethiopia had seemed reluctant to get involved in Somalia again after a 2006-2009 incursion to overthrow another Islamist group that had taken over Mogadishu sparked such ire among some Somalis that al Shabaab rose from its ashes.

This time, the Ethiopians say, their hand was forced.

"Somebody needed to go in and help. Somalia is the world's biggest security problem and that threatens everybody," an Ethiopian official told Reuters.

"We're aware that, for some Somalis, we are not the best choice and that is why we are being careful. But, yet again, who else?"