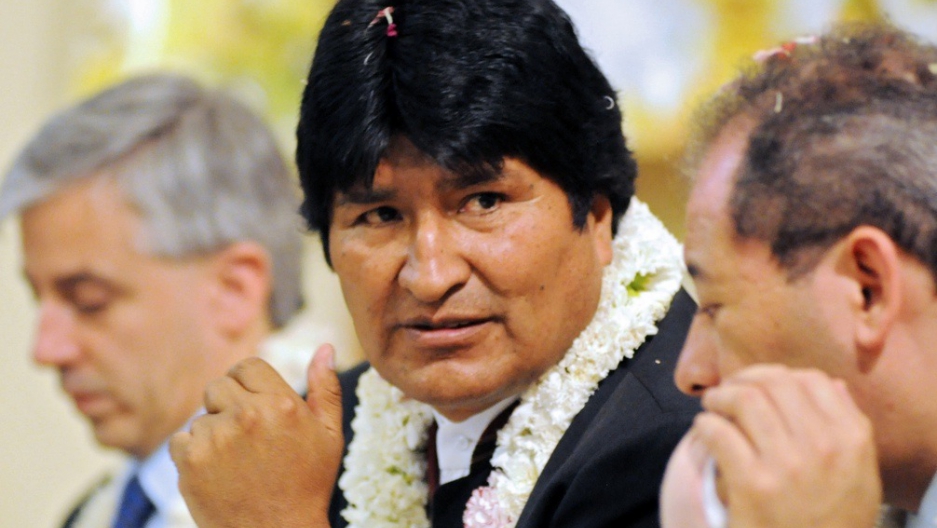 LIMA, Peru — Bolivia President Evo Morales’s indigenous revolution took another step forward this week with the swearing in for the first time of native Quechua and Aymara judges.

Of the 56 new judges, 12 identify themselves as indigenous, seven of them men and five women. Several took their oaths at the presidential palace in Sucre, the constitutional capital, wearing traditional, brightly-colored ponchos and felt hats.

The measure marks one of the biggest shake-ups in Bolivia’s justice system since the country won its independence in 1825. Huge celebrations took place in the streets outside after the ceremony, with many participants also wearing traditional Andean dress.

"It is the end of the justice of the colonial state, of justice subordinated to political parties and accused of corruption,” the president told the new judges, highlighting how they were selected by popular vote rather than the previous system, in which congress appointed members of the judiciary.

Yet that vote last October was widely seen as a reverse for Morales.

Most ballots were spoiled or left blank. And it came at a time when the president appeared to have lost his political footing after police brutally attempted to stop a march in protest at a road through an indigenous reserve in the Amazon.

The march subsequently continued and Morales was forced into a humiliating climb-down, apologizing for the police operation and suspending construction of the road.

For a politician whose whole career has been based on his identity as an Aymara coca-grower and champion of the Pachamama, or Earth Mother, it appeared a significant blow.

But at the judges’ inauguration ceremony, Morales was once more reveling in his status as the country’s first president to come from the indigenous majority. And he again vowed to make power in Bolivia more representative and responsive to the Aymara, Quechua and other native ethnic groups.

Yet Bolivia remains deeply polarized by Morales’ government, with wealthier, white Bolivians tending to favor the rightwing opposition as it resists the shift of power towards the native majority.

“This is a new imposition by the government. The judges taking part in this democratic farce have no legitimacy because the Bolivian people voted against them,” said Ruben Costas, governor of Santa Cruz, Bolivia’s richest region and home to a strong secessionist movement, referring to the spoilt and uncompleted ballots.

The new judges were also criticized by indigenous activists, including Adolfo Chavez, leader of the Indigenous Peoples’ Confederation of Bolivia, who warned it would derail native groups’ hopes of establishing a system of traditional “community justice”.

Chavez, who also spearheaded the anti-road march last year has been one of Morales’ most trenchant critics, accusing him of favoring highland groups such as the Aymara and Quechua over native Amazonians, who still tend to maintain a more traditional lifestyle.