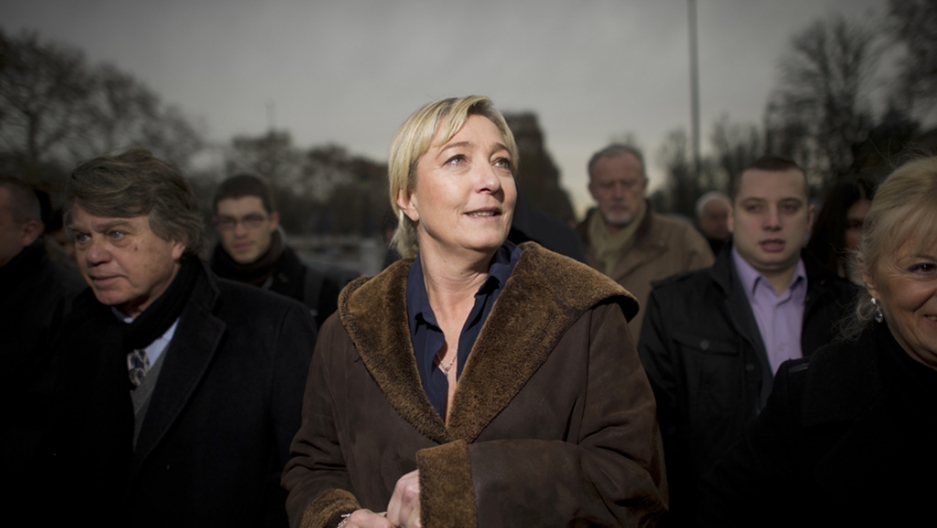 Marine Le Pen, presidential candidate of France's far right National Front at a Christmas market last month. An anti-euro campaigner, will she be able to win extra votes out of French disillusionment with the single currency.
Credit: FRED DUFOUR
Share

Exactly ten years ago, the first euro coins and notes began to circulate around Europe. To mark the occasion the newspaper Journal du Dimanche commissioned a poll from Ifop on French attitudes to the single currency. The results are not encouraging for political leaders.

A majority of those polled, almost two-thirds, say the euro is not good for France or for them personally. There is a generational shift underlying this view. Anti-euro feeling is highest among the young. The over-65's are more likely to view the euro positively.

But the French also accept they are stuck with the euro. Only 36 percent of those polled said they wanted to leave the single currency. The most hardcore anti-euro sentiment is found among those who voted for the hard right National Front's Jean-Marie Le Pen,  in the last presidential contest in 2007. Le Pen's daughter Marine is a candidate for president this coming May. If the currency continues to flounder, a pledge to return to the franc may prove a vote winner for her.

More here in google translated English and in French.