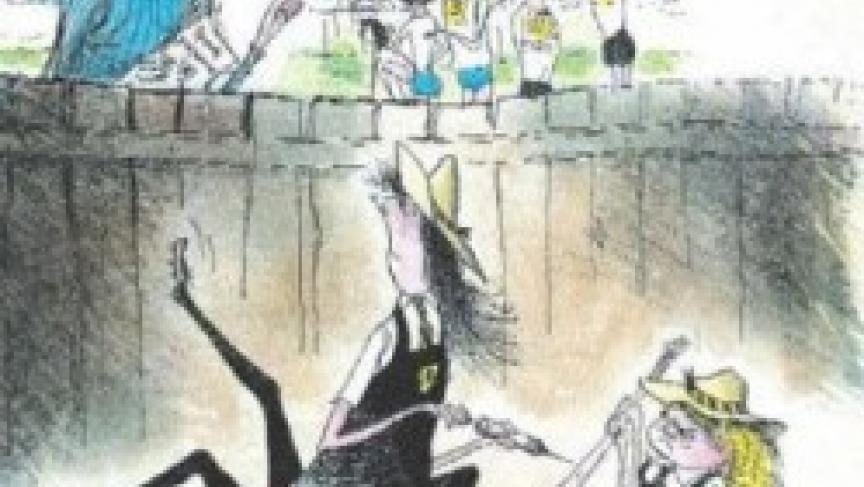 Ronald Searle, illustrator and creator of the St. Trinian's series, published The Terror of St Trinian's, pictured. He died at age 91. (Book cover)

His daughter Kate Searle said in a statement that he “passed away peacefully in his sleep” in a hospital in France.

Searle’s spindly cartoons of the naughty schoolgirls first appeared in 1941, before the idea was adapted for film.

The first movie version, The Belles of St. Trinian’s, was released in 1954.

Joyce Grenfell and George Cole starred in the film, along with Alastair Sim, who appeared in drag as headmistress Millicent Fritton.

The gothic, line-drawn cartoons breathed life into the gruesome pupils of St Custard’s school, in particular the outspoken, but functionally-illiterate Nigel Molesworth “the goriller of 3B”.

Searle’s work regularly appeared in magazines and newspapers, including Punch and The New Yorker.