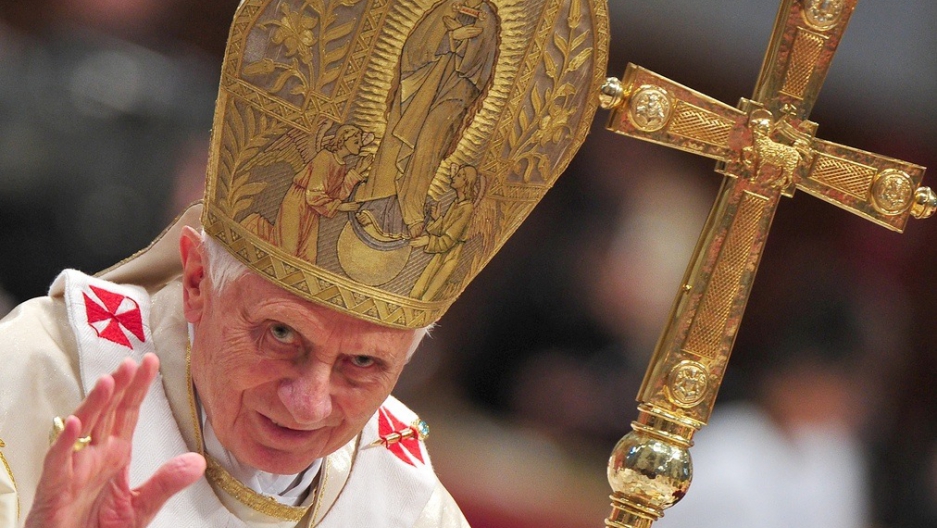 It's the most-anticipated tour of Latin America, apart from Selena Gomez's upcoming concert tour. (Justin Bieber might come along!)

The Pope plans to tour two key countries in the super-Catholic region — Mexico and Cuba — in March, perhaps to re-establish the deep relationship that John Paul II, the previous and very popular pope, had established with people in this region.

But there's one city that's conspiciously absent from the list: Mexico City, the nation's largest.

The Vatican said it's because of the city's high altitude. Pope Benedict XVI is 84 years old now, and the thin air may be difficult for him.

We have to ask, though. Is it also because somebody thinks the sprawling city of nearly 9 million is a wretched hive of scum and villany?

Mexico City is the only part of Mexico that currently allows women to have abortions in the first 12 weeks of pregnancy for reasons other than rape, the health of the mother or severe defects in the fetus. It has also OKed gay marriage. Both are, of course, big no-nos for the Church.

This current pope, too, has attempted to focus on growing the Church from its more conservative base, rather than attempt to cater to those who don't adhere to the Church's teachings on controversial social issues.

Perhaps this visit is also an effort to concentrate on followers who adhere more closely to the Church's teaching.

Or maybe he's worried that it'll be a little awkward?

Here's the schedule, Per the AP, if you want to try to catch him:

The Mexican Episcopal Conference says Benedict will arrive on March 23 in the city of Leon where President Felipe Calderon will welcome him.

The organization said in a Sunday statement that Benedict also plans to greet worshippers in the city of Guanajuato.

He will officiate a Mass in the city of Silao beneath a hill where a 67-foot statue of Jesus Christ stands.

The pope will return to Leon to address bishops from Mexico, Latin America and the Caribbean before heading to Cuba on March 26.