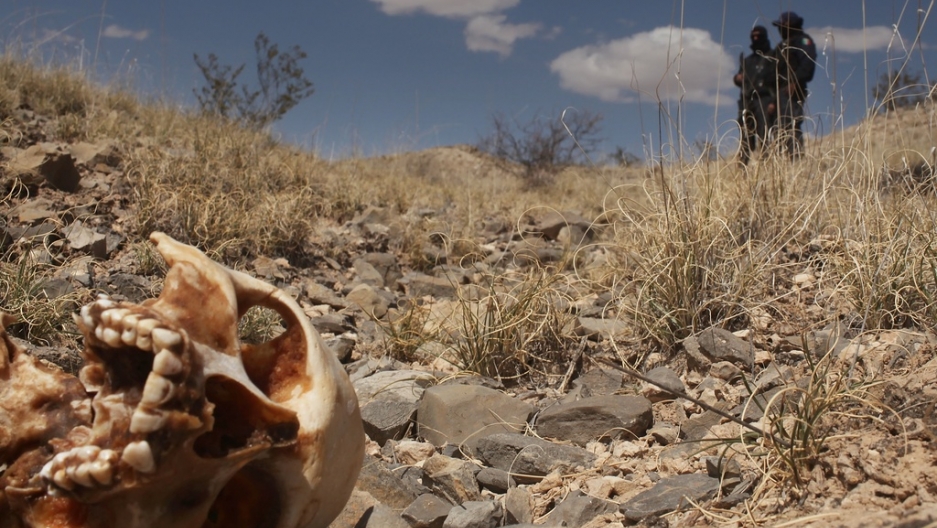 A skull in Juarez, one of Mexico's border towns.
Credit: Spencer Platt
Share

Counts by Mexican news outlets said the death toll from the drug war in 2011 reached 12,000.

According to La Reforma, a major, respected daily, there were 12,359 deaths last year, which they say is a 6.3 percent increase from 2010. La Jornada, on the other hand, counted only, 11,890 deaths, which it said was a slight decrease from the year before.

Do those numbers really matter?

Not really. What's most important is the public perception — that the drug war has only gotten worse since President Felipe Calderon put the cartels in his crosshairs in 2006.

You could even argue that it has failed.

After five years, the fight has cost too much in blood and treasure — an estimated 50,000 dead over the entire period. That doesn't count the missing. Worse, Mexicans have very little to show for their sacrifice.

Instead of breaking the backs of the cartels, the drug gangs have spread further into Central America, hitting Costa Rica, Belize, Honduras, and Guatemala.

In Mexico, the drug war has sapped people's basic sense of security in cartel-controlled areas. Business owners pay bribes to keep the cartels at bay. Mexican security forces are accused of abusing civilians under the pretext of the drug-war battle. The cartels are no longer content to run their businesses in secret, and instead have become emboldened to do as they please.

Read more: Paying for your life in Mexico

They behead, disembowel, and string up their rivals. Or innocent civilians who by chance step into the crossfire. They have murdered people en masse. And they have done almost all of this with impunity.

What kind of country is it when this kind of violence can go unpunished so often it becomes banal?

The government response has been muted. Calderon's biggest PR push this year was to encourage tourism to Mexican resorts, which have been hit hard by the violence.

The government hasn't even released its own figures on the body count, despite promising to track deaths on its own.

The Calderon government, after promising to update figures regularly, has not reported its own death count, perhaps because the trend line does not look good. A government spokesman said new figures would be released later this month. The ruling party is facing national elections this summer, in which the main opposition party threatens to retake the presidency.

Is it political? Probably, at least in part.

Calderon can't run for president again, per Mexican law. But he can pave the way for his party's successor. At the moment that doesn't seem to be going so well.

“You can’t fight violence with violence," Lopez Obrador said. “We need a loving republic. We need opportunities for young people so they don’t fall into the arms of organized crime.”

That may be a little too optimistic. But it's a message that could resonate in July with voters who are fed up with the random acts of brutal violence — and tired of a government that can't seem to stop it.