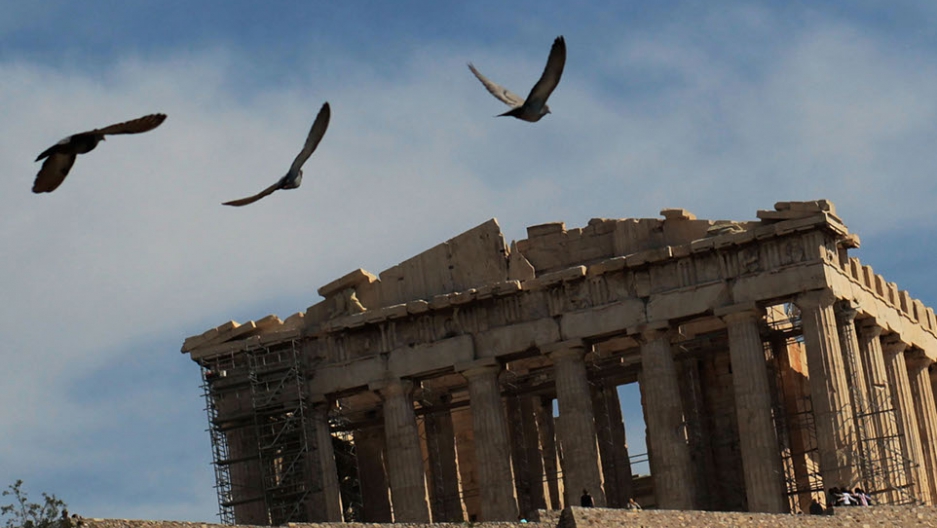 Greece is hardly alone: nearly every country, including the United States, has defaulted on its debt at some point in history. The past offers stark lessons for the euro zone crisis.
Credit: Chris Hondros
Share

Lost in all of today's upbeat market news was a dire warning from Greece.

"The bailout agreement needs to be signed otherwise we will be out of the markets, out of the euro," Greek government spokesman Pantelis Kapsis told Skai TV, reported the BBC.

Athens, of course, is struggling to sell its latest austerity measures to its increasingly angry public, so today's comment could be a way to help the government sell the unpopular decision.

"Not all reforms have been voted on, so the government is trying to give the message that we have to speed up the process. The message is people [should] tolerate [the changes] because the alternative is very serious," Professor Nickolaos Travlos of the ALBA Graduate Business school in Athens told the BBC.

What's on the chopping block in Greece, as it looks to the European Union, the International Monetary Fund and banks for another financial lifeline?

Pensions, public sector jobs, as well as a variety of social programs, including health care.

In response to that last bit, doctors and pharmacists on Monday staged a strike, and according to the BBC, state hospital doctors warn that they will treat only emergency cases until Thursday.