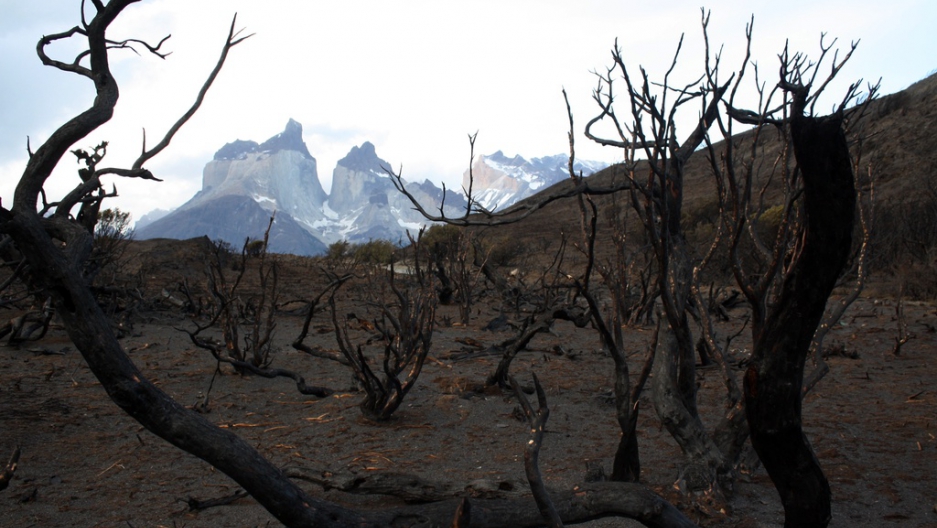 LIMA, Peru – Chileans were counting the cost today after separate wildfires ravaged more than 56,000 acres of forests across the country.

The largest blaze was in the central region of Bio Bio, where a huge fire forced Arauco, one of the world’s largest producers of cellulose, used to make paper, to temporarily close operations.

Chile has experienced a rare drought during the current southern summer, with temperatures reaching well into the 80s while strong winds of more than 20mph have also helped whip the flames along.

But neither fire appears to have started naturally.

In the Torres del Paine blaze, a 23-year-old Israeli tourist, Rotem Singer, has been arrested for inadvertently starting the fire after lighting toilet paper in a misguided attempt to reduce the environmental impact of a bathroom break.

If convicted, he faces up to two months in jail.

Meanwhile, in Bio Bio, the authorities believe the fire was started in eight different sites simultaneously in the early hours of Friday morning and have opened an arson inquiry.

The winds have hampered attempts to control the fires, grounding helicopters needed to support more than 1,000 firefighters undertaking the dangerous task of tackling the blazes on the ground.

One fatality has been reported so far, of an elderly resident in the Bio Bio region, who refused to evacuate from his home. The economic cost of the fires is also expected to run into the hundreds of millions of dollars.

Most of Torres del Paine was expected to reopen today or tomorrow, according to the Park’s official Twitter account, nevertheless, three hotels in the southern area of the park worst hit by the fire, will remain closed indefinitely.

“Tourists who had reservations are going to be in difficulties because the re-opening will not be soon,” Economy Minister Pablo Longueira told Chilean paper El Mercurio.

Meanwhile, Israel has offered to help Chile reforest the damaged areas of the park and is sending a team of experts to help evaluate the situation.