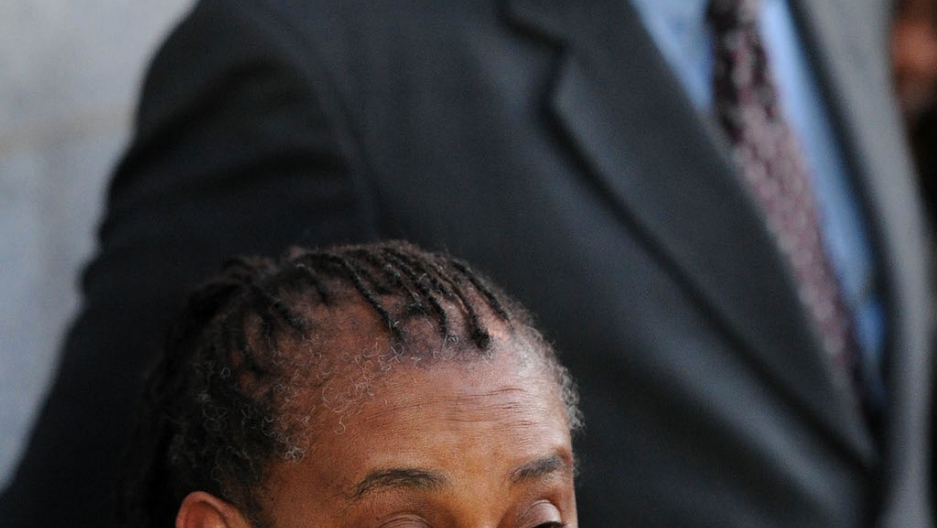 Doreen and Neville Lawrence at the Old Bailey today after their son Stephen's killers were convicted - 18 years after his murder.
Credit: CARL COURT
Share

It was the case that laid bare the ugly, racist underbelly of part of English society. The story of how it finally came to a conclusion is worthy of any episode of CSI or Cold Case.

One evening 18 years ago, black teen-ager Stephen Lawrence was stabbed to death by a gang of white youths, as he waited with a friend at a bus stop in southeast London.

The case caught the British public's attention. Stephen was the son of Afro-Caribbean immigrants. He was hardworking, university bound, an aspiring architect. A life full of potential was snuffed out. There was no motive for the attack.

Stephen had not been alone at the time of his murder. A friend, Duwayne Brooks, managed to escape the frenzied attack and was later able to identify the perpetrators at a line up. It should have been a slam dunk prosecution.

Instead, the Crown Prosecution Service - a kind of nationwide district attorney's office - declined to bring the case to court.

That might have been the end of the story. But in a twist worthy of Dickens or, a television plot at least, Britain's tabloid newspaper Daily Mail took up Stephen's cause. The hard-right Mail is not known for its deep love of the multi-cultural society Britain has become.

But it turned out that Stephen's father, Neville, had done some building work for the Mail's editor Paul Dacre. The editor unleashed the fearsome opinion making power of his paper to get justice for the Lawrence family. After the private prosecution collapsed he published a front page with the banner headline:

The Mail accuses these men of killing. If we are wrong, let them sue us."

Underneath the headline were pictures of the five men.  They never sued.

The Mail campaign and subsequent pressure from parliament led to a judicial inquiry. The inquiry concluded the police investigation had been "marred by a combination of professional incompetence, institutional racism and a failure of leadership by senior officers."

It was an unprecedented moment in British race relations. The police approach to race was reformed, more ethnic minorities were recruited and promoted within the force.

It was possible, just, for those frustrated in their hope to see young Stephen's killers brought to justice to think that at least some good had come out of his death.

Then came twist number two ... and this really is out of CSI ... advances in forensic testing meant that systematic examinations of cold cases were conducted. Clothing taken from the five men when they were originally arrested and stored were re-examined. A microscopic drop of Stephen's blood was found on a jacket that belonged to Gary Dobson and later a hair of Lawrence's was found on the trousers of David Norris.

The discovery was made on the 15th anniversary of Lawrence's murder ... really!

It is hard to convey just how important this story is in Britain and to those overseas who want to understand the true nature of this country. I reported on it in the 1990's - it encapsulated the difficulty British society was having with its change from an ethnically homogenous nation to a cosmopolitan one. It had the elements of tragedy. Stephen's parents, dignified in public grief, dogged in pursuit of justice won praise.  But their marriage did not survive the glare of publicity, nor did they completely escape prejudice.

In 2008, Doreen Lawrence, opened an architecture center in memory of her son. Two weeks later it was vandalized.

It will take a while for the meaning of today's verdict to ripple across British society. But it does contradict the old saying, "Justice delayed is justice denied." It also says that justice is ultimately possible for all citizens of this country.