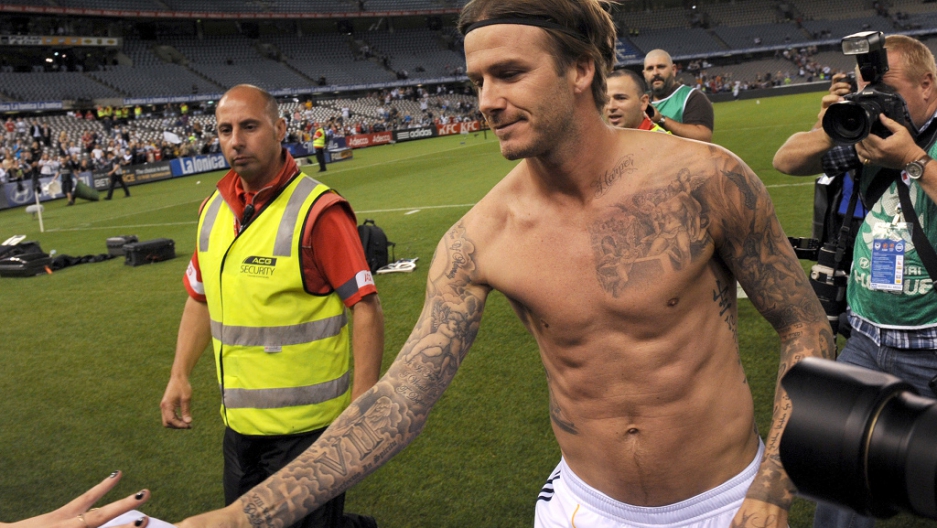 David Beckham hands over an LA Galaxy shirt to a fan in Melbourne Australia after a recent exhibition game. Beckham will continue to play for the Galaxy after a rumored move to Paris St. Germain fell through
Credit: WILLIAM WEST
Share

Paris, Posh and Becks. It seemed like a menage made in heaven - at least to the Qatari owners of Paris St. Germain, one of France's biggest soccer clubs.  But it is not to be.

The French press has been awash for two weeks with rumors that Beckham, still a force from the right-side of mid-field despite his 34 years, would be lured to Paris. His wife is a successful fashion designer, the city had to appeal, the money would not be inconsiderable.

But in the end Beckham will remain in LA to play with the Galaxy, the team he helped win the MLS championship last season. Paris St. Germain's president, Nasser al-Khelaifi, is quoted in The Guardian saying the reason negotiations broke down were Beckham's reluctance to move his family to Paris.