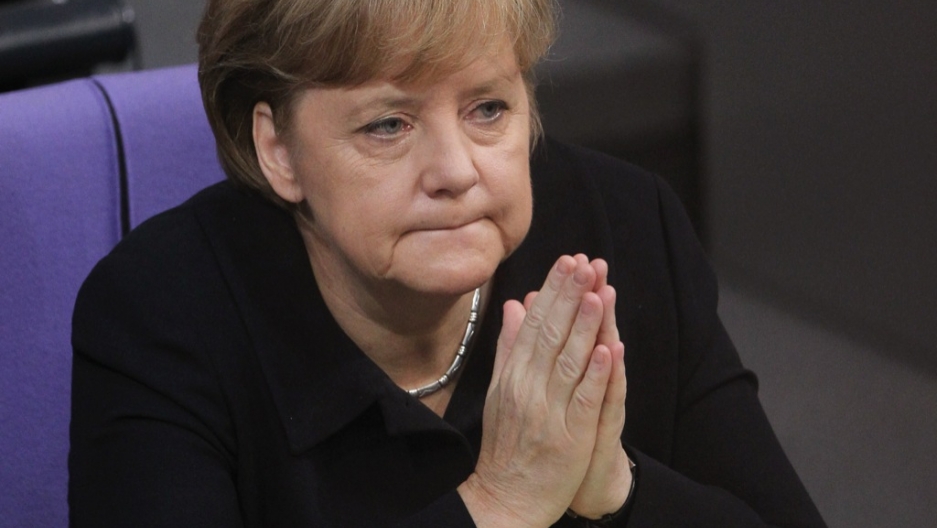 Angela Merkel,German Chancellor, attends debates at the Bundestag after giving a government declaration on the Euro and the current Eurozone debt crisis on December 2, 2011 in Berlin, Germany.
Credit: Sean Gallup
Share

European leaders in New Year's Day messages warned of a challenging 2012, with many economists predicting a recession in the year ahead, according to a BBC report.

In a TV address, Merkel said that "next year will no doubt be more difficult than 2011".

“The path to overcoming this won’t be without setbacks, but at the end of this path, Europe will emerge stronger from the crisis than before,” Merkel said.

France's President Nicolas Sarkozy, in his televised address, said the economic crisis was not finished.

"I know that the lives of many of you, already tested by two difficult years, have been put to the test once more," he warned, according to Reuters. "You are ending the year more worried about yourselves and your children."

More from GlobalPost: Should the Fed intervene in the euro zone's debt crisis?

"Sacrifices are necessary to ensure the future of young people, it's our objective and a commitment we cannot avoid," Napolitano said.

"No one, no social group, can today avoid the commitment to contribute to the clean-up of public finances in order to prevent the financial collapse of Italy," he said in his New Year's speech.

"We have to continue our efforts with determination, so that the sacrifices we have made up to now won't be in vain, so that we prevent this crisis from developing into disorder, so that we can continue to use the euro as our currency, so that we return to the path of development and reduce unemployment," Papademos said, according to a VOA report.

More from GlobalPost: A view from the right on the trouble's of the European left