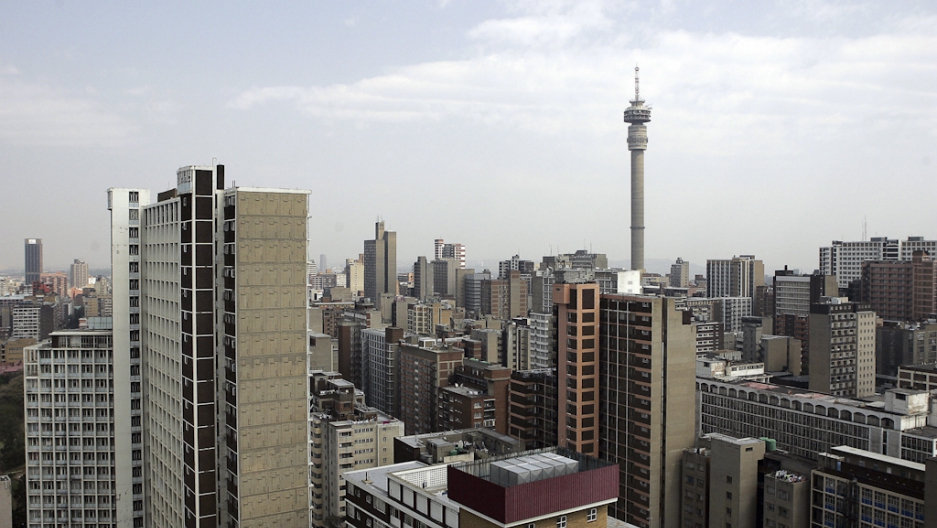 JOHANNESBURG, South Africa — Most people will ring in the New Year with champagne, fireworks and maybe a pair of tacky 2012 novelty glasses.

In Hillbrow, a neighborhood in downtown Johannesburg, they throw large appliances off high-rise buildings.

Preparation for this unusual New Year's Eve tradition starts weeks ahead of Dec. 31, with Hillbrow residents stockpiling old fridges, TVs, microwaves and couches on the roofs of tall buildings in this dense urban area.

South African police, too, start their New Year's work early in Hillbrow. For weeks they patrol the area in helicopters, trying to spot caches of appliances on rooftops.

Tonight, New Year's Eve, police will send armored vehicles into Hillbrow, an area notorious for crime and the phenomenon of "hijacked" buildings, taken over by criminal gangs who illegally collect rent from tenants.

Pedestrians in Hillbrow are scarce on Dec. 31, but every year dozens of people are hit by flying objects. Police officers on patrol are often victims.

As a form of celebrating the start of a New Year ... Hillbrow residents have become famous for throwing heavy objects from their upstairs flat apartment’s balconies and firing guns. Heavy objects such as old fridges are often seen flying from high-rise buildings.