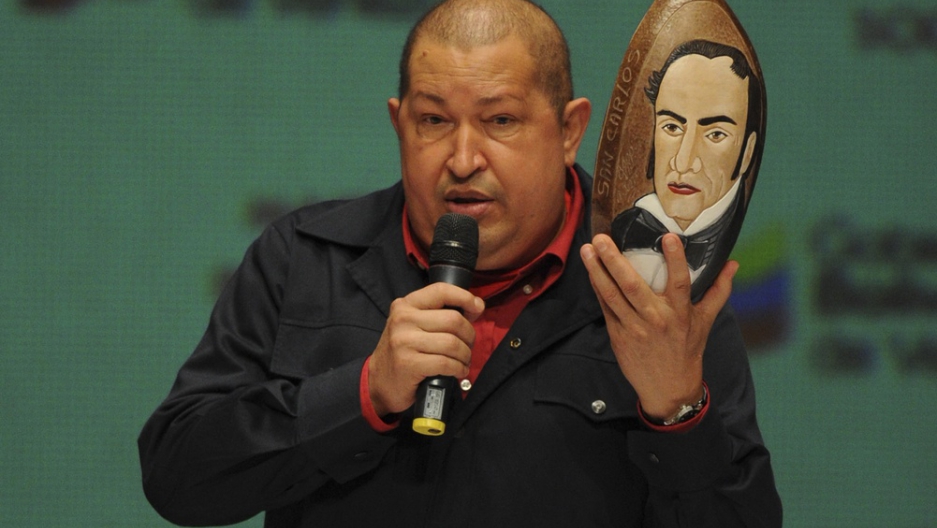 It's been quite a year for this guy.
Credit: JUAN BARRETO
Share

The US has confirmed that it didn't give anybody cancer.

Venezuela's own Hugo Chavez suggested earlier this week that it might be possible that the US was behind the recent spate of cancers among Latin American leaders. Chavez has battled the disease, as have the presidents of Brazil and Paraguay. This week, it was announced that Argentina's head of state, Cristina Kirchner, had been diagnosed with cancer as well.

It's kind of surprising that American officials would even respond to such a charge. Chavez spouts off from time to time, railing against the Yankee Empire and whatnot, and US officials generally just ignore it.

But this time, a State Department spokeswoman called his comments "horrific and reprehensible."

Chavez, in his remarks earlier, attempted to clarify that he wasn't directly accusing the US of anything. As the Telegraph reported:

"It would not be strange if they had developed the technology to induce cancer and nobody knew about it until now ... I don't know. I'm just reflecting," he said in a televised speech to troops at a military base.

"But this is very, very, very strange ... it's a bit difficult to explain this, to reason it, including using the law of probabilities."

He was just sayin.

Time for a poll: is this is wackiest thing he's said this year? We reported. You decide.