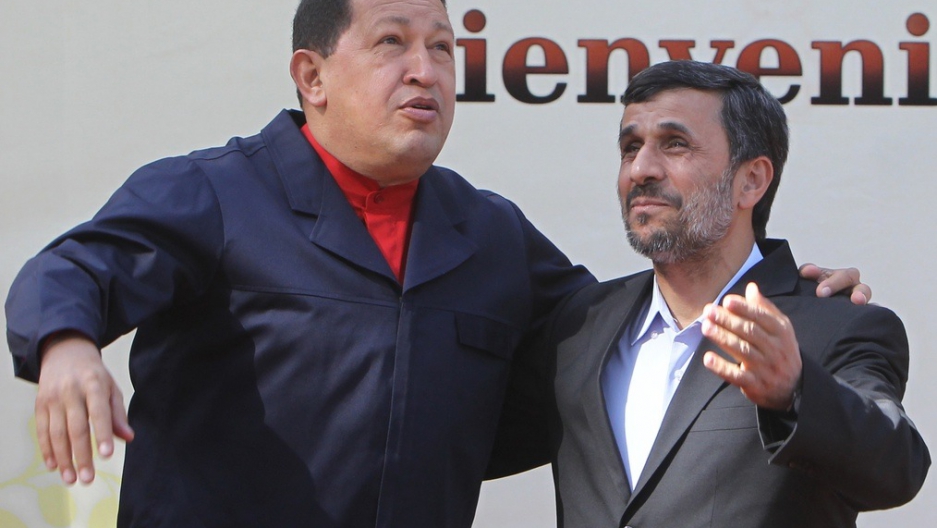 Iran's President Mahmoud Ahmadinejad is coming to Latin America, as part of stepped up efforts to align with left-leaning regimes that aren't so friendly with the US.

The leader is planning a stop in Venezuela, of course.

He will also go to Cuba and Ecuador, as well as the swearing-in ceremony for Daniel Ortega, Nicaragua's second-time president who just changed the constitution so he could win reelection.

Read more: How'd that guy get on the ballot?

What's behind all this? Iran has become increasingly isolated from the US and Europe, which has applied sanctions on the oil and financial sectors, and some regime officials, for its determination to pursue nuclear power.

Tehran has maintained it's all about civilian projects, but nobody believes them, at all.

So it makes sense he'd want to shore up support in the US's backyard. From the Latin leaders' perspective, it's also an opportunity to demonstrate their autonomy from the US, a point even American allies have been making quite clearly.

It's yet another indication that this region is slowly and quietly turning away from its powerful neighbor to the north.

Look who he plans to visit first: the man who is almost certainly America's least-favorite regional leader. Per the AFP:

"He will then go to the swearing-in ceremonies for Nicaraguan President Daniel Ortega, who has been re-elected," he said.