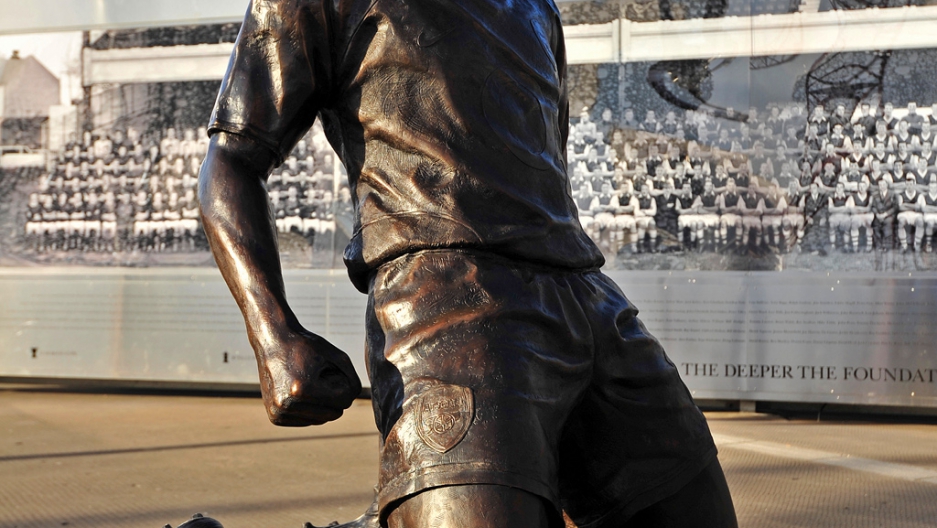 Thierry Henry is already immortalized in bronze outside Arsenal's Emirates' Stadium. Will he recapture that form at the age of 34?
Credit: GLYN KIRK
Share

There are legends and then there is Thierry. At 34, and still playing professionally, Henry is already honored with a bronze statue at the Emirates, Arsenal's new'ish stadium. But his old team go into the New Year with two key players on leave to play in the Africa Cup of Nations. So Arsene Wenger, the team's coach and dominant figure, has signed Henry for two months.

In the first part of the first decade of this millennium, Henry was the offensive heart of some of Arsenal's greatest teams including the "Invincibles" who went undefeated through the 2003-2004 season. He scored 226 goals in 370 games for the club. But that statistic doesn't tell the half of why Arsenal fans love Thierry (Yes, I am one - as if you couldn't tell.) The skill, artistry and panache with which he eviscerated defenders is what we love. If you think I'm writing fan gush check out this youtube vid.

Not since George Best was doing the same for Manchester United in the late '60's has there been a player in England with the same combination of speed, foot skills and audacity to take chances no one else could have imagined. If he is not remembered with the same fondness as Best throughout England it may be because he is French (it would be unprovable to add, and of African ancestry, but as I noted on this blog recently, racism is an ugly and not yet eradicated stain on English football).

At the peak of his career Barcelona offered him a contract Arsenal couldn't match and so Henry left. But he never jelled with the Catalan masters and, like so many ace European footballers, went to America for big bucks and to spread the gospel and boost Major League Soccer. His predecessor as the big name, David Beckham, is rumored to be heading to French team Paris St. Germain next month as well.

There is a risk, of course.  Henry isn't the player he was.  But there is at least a two-month reservoir of affection in Arsenal hearts ... and his presence may be just enough to buoy the team who are a step or two behind their best this season.