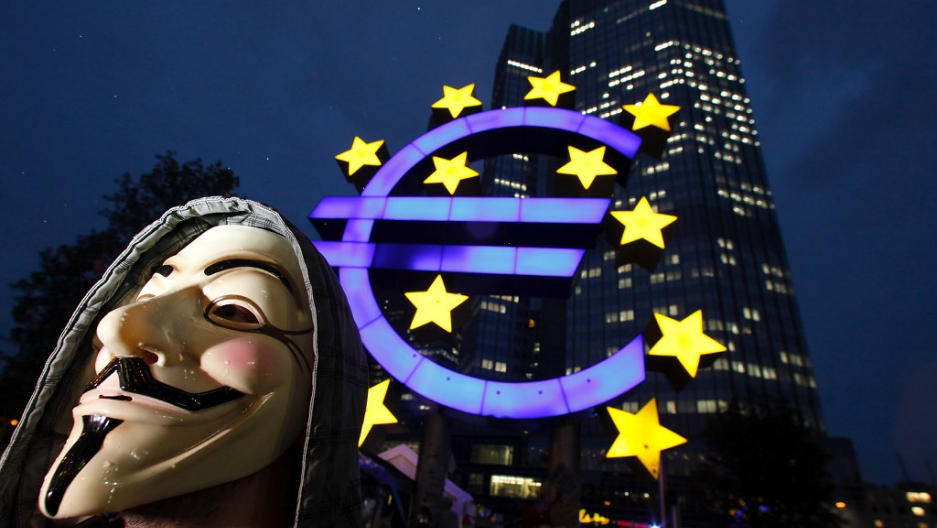 The twin symbols of the European economies catastrophic 2011: an Occupy protester outside the European Central Bank
Credit: Ralph Orlowski
Share

Other trends as the global economy's annus horribilis comes to an end: Dollar is confirmed as the safest haven. Gold is losing value as investors liquidate holdings and pile into the dollar, according to the FT.

Meanwhile, Spain looks like having a very tough 2012. The new conservative government of Mariano Rajoy presented details of its budget for next year today.

The headline is that Spain's deficit is currently 8 percent of GDP (it had previously been estimated to be 6 percent of GDP). Rajoy is pledged to reduce the deficit by almost half - to 4.4 percent - by the end of 2012. There is only one way to do that: cut spending and raise taxes. The government announced 8.9 billion euros in cuts ($11.5 billion) and 6 billion euros ($7.8 billion) in tax increases aimed at Spain's wealthiest citizens. Details of both cuts and tax rises were not announced.

The likely effect on the Spanish economy's biggest problem - an unemployment rate now over 22 percent - cannot be gauged until the details are made public.