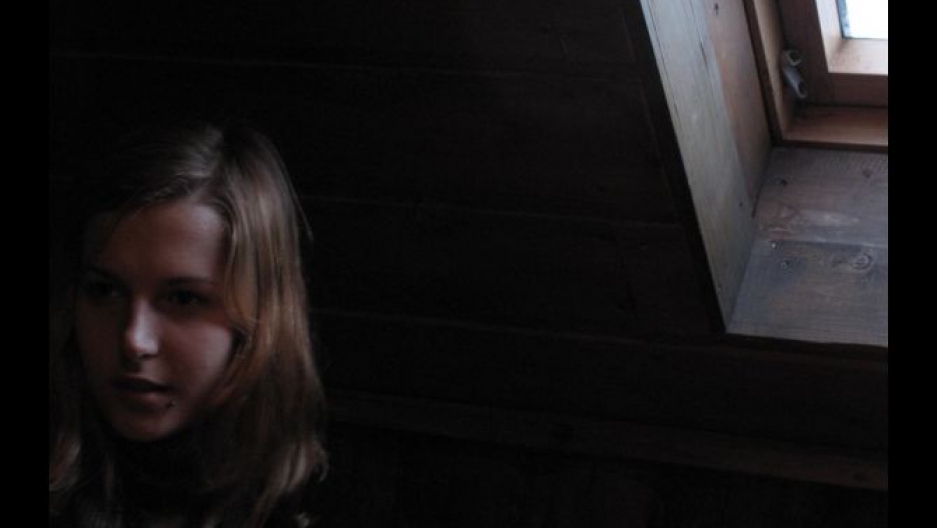 Annika Negin, 22, of Tallinn, Estonia, learned nine months ago she had multi-drug resistant tuberculosis. Doctors said she likely contracted the illness from her father. Negin is committed to taking drugs for another nine to 15 months, and represents part of Estonia's successful approach to fighting TB: persuading patients to take their medication.
Credit: John Donnelly
Share

GENEVA, Switzerland – On the sidelines of a conference in Baku, Azerbaijan, just three months ago, a senior health official from Belarus met privately with Mario Raviglione, whose job here at the World Health Organization’s headquarters is to control the spread of tuberculosis around the world.

Belarus needed help. It had just confirmed a study that found 35 percent of all TB cases in the capital of Minsk were multi-drug resistant TB (MDR-TB) – the highest rate in the world ever recorded for the deadly disease, which takes up to two years to treat and is cured in Western Europe only one third of the time.

“It’s a real tragic situation,” Raviglione, director of WHO’s Stop TB Department, said, looking back at that moment with the Belarus official. “But they came out openly about this and they wanted help, which is very positive. For a long time, several countries have been hiding their realities about multi-drug resistant TB.”

The WHO's Regional Office for Europe recently released a report that warned about the spread of the hard-to-treat MDR-TB into all of Europe, making the case that the relatively wealthy capitals of the West faced the grave danger of a much higher number of cases if the entire region did not move quickly to put in place effective control measures.

The report, which was released in September and which now poses a great challenge to global-health experts in Europe, concluded that “MDR-TB is spreading at an alarming rate” in Europe and Central Asia, a region that includes the top nine countries in the world in rates of drug-resistant TB among newly diagnosed patients. TB, a global pandemic which kills an estimated 1.4 million people a year, already has made dangerous inroads in Western Europe, notably the urban center of London, which has the highest TB rate of any capital city in the region. London records nearly 3,500 cases annually, an increase of about 30 percent in the last decade.

More from GlobalPost: The "espresso machine:" A TB breakthrough

The spread of MDR-TB presents a particularly grim specter for Europe because of its lack of formal borders and the relative ease with which the populations travel in and out of European countries. In addition, since TB is transported globally, the Obama administration’s Global Health Initiative (GHI) and the Global Fund to Fight AIDS, Tuberculosis and Malaria also includes funding and strategies to fight the disease also largely in Asia and Africa, the latter of which has a volatile HIV-TB co-infection rate that remains a major cause of deaths.

For people advocating for more anti-TB funding, both the GHI and the Global Fund have come under attack because of relatively lower levels of support, especially when compared to the fight against AIDS. GHI officials counter that its more holistic approach, including using AIDS funds to treat other diseases and conditions, will better address the TB pandemic, but critics aren’t convinced. They look even at the difficulties in Europe as a barometer overall on the lack of a concerted effort by countries to control the contagious disease.

“What’s missing is that too few countries show the political will to fight TB,” said Lee Reichman, the founding executive director of the New Jersey Medical School’s Global Tuberculosis Institute. “What’s the number one point in the Stop TB Partnership? It’s political will.”

In Europe, Raviglione said countries need to do much more. “The real story about MDR-TB in Europe is that the vast majority of countries are facing a major problem, with the exception of the Baltic countries dealing with it effectively,” he said. “The problem is derived from a bunch of issues, including poor treatment regimens in the past, poor quality of some drugs, lack of reserve drugs to treat those with resistance, and not having the latest diagnostic tools.”

But Raviglione said the situation could be markedly improved if countries seek outside support, such as the case of Belarus, and follow certain procedures. He pointed to the examples of Estonia and Latvia in the Baltic region, which have dramatically cut numbers of TB cases in the last 15 years. The main reason for their success, according to several experts, is that both countries had a strong political will to fight TB that included targeting funds to TB control.

In the Estonian capital of Tallinn, Piret Viiklepp, the head of the Estonian Tuberculosis Registry at the National Institute for Health Department, said that the country has been able to cut its rate of TB in half since 1998 because of political support. That was especially important, she said, in the years following the breakup of the Soviet Union in 1991, when countries once in the Soviet orbit, such as Estonia, were left with shattered economies and health systems in disarray.

“We had political support and commitment at the highest levels of our government,” Viiklepp said. “We knew that controlling TB is cost-effective — you save when you stop the spread of cases.”

She agreed with the WHO report that MDR-TB posed a threat to the continent. “MDR-TB is not just a problem of one country, it’s a problem of all of Europe,” she said. “We have no borders, and TB can be passed easily from one country to the next.”

Estonia now has about 300 to 330 cases of TB a year, and roughly a quarter of them are drug-resistant strains of the disease. The country has enough hospital beds in isolation wards for TB patients, and most stay in hospitals until they no longer can transmit the disease to others. In many cases, this means patients can leave the hospital in three or four months, but for those who do not improve the stay can last several years.

Among Estonia’s TB control steps: Stopping the sale of TB drugs in pharmacies and distributing them only through the government for greater oversight in use of the drugs; working with the WHO to obtain the drugs for MDR-TB at a lower price; and starting a training program for all medical staff on the best ways to oversee TB treatment.

One major factor in Estonia’s success, according to Viiklepp and others, is that many patients are highly motivated to take the drugs every day for up to two years, even though the medication can make them sick, cause dizziness, headaches, and other maladies. Many patients say the treatment is worse than the disease.

Annika Negin, 22, is one. She was infected with TB as a young girl when her father, an alcoholic, contracted the disease. She said others in her family, including her grandfather and great-grandfather also had TB.

“The drugs are just awful,” Negin said one day earlier this month in a restaurant on the outskirts of Tallinn, the capital. “For the first two months, I was a sick person from them. The pills also hurt my ability to remember things, and they made me not want to eat anything.”

But she said she forced herself to eat for her health, and after nine months of being on treatment she said she had no doubt she will take the drugs for as long as she needs to.

“I will do what is right for me,” she said. “I am a young person, just 22, and I look forward so much to getting back to a normal kind of life.”

Viiklepp said that patients such as Negin have become much more common in the last decade. But she said that Estonia still grapples with some patients who don’t want to stay healthy. Among the worst offenders, she said, were alcoholics and drug abusers, who account for nearly half of those with MDR-TB. Another issue is the rising incidence in Estonia of HIV, raising fears, as of yet unfounded, that HIV-TB co-infection could grow rapidly.

For WHO’s Raviglione, the cases of how Estonia and Latvia tackled MDR-TB are important for the rest of Europe and Central Asia.

“Other countries should follow the path of these two nations,” he said. “They showed it is possible to reverse the trend.”

Today, Belarus’ TB infection rate is the same as Estonia’s rate more than a decade ago. It doesn’t yet have the new diagnostic machine called GeneXpert, which can identify drug-resistant TB in two hours, compared to older methods that took more than two months. There is no central purchasing system of the drugs to treat MDR-TB; now the seven oblasts buy the drugs separately.

But Belarus, he said, with outside support from the WHO and others, will attempt to address these shortcomings. “I’m very happy that Belarus wants to do something serious about this problem,” he said. “We need to attack it there and in many other countries.”