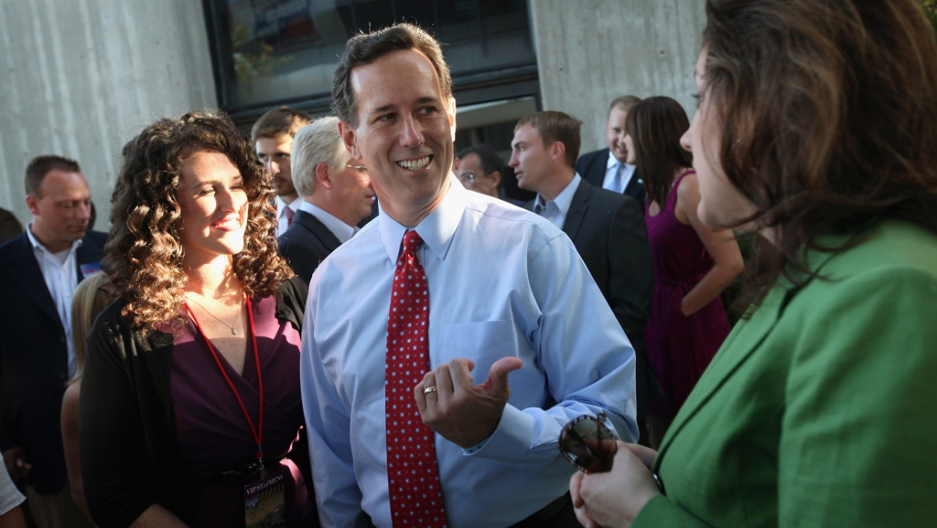 Hours after a new poll placed Rick Santorum in third place in Iowa, the GOP presidential hopeful was speaking to a crowd of supporters in Cedar Rapids when he let loose on Texas Rep. Ron Paul.

“Ron Paul says he’s going to eliminate five departments. Ron Paul passed one bill in 20 years. What give[s] you the idea that he can eliminate anything? I mean, he has absolutely no track record of building any kind of coalition to get anything done anywhere,” Santorum said, ABC News reported. “I understand the appeal that Ron Paul has: it’s simple, it’s short — but there’s no track record there.”

This wasn't the only problem Santorum had with Paul.

"We'll turn this country around and Iowa will be the spark that did it," he told the crowd.

Santorum isn't the only presidential candidate attacking his competition.

Earlier Thursday, Rick Perry released an ad that criticizes Congress heavily, CBS News reported.  While he never explicitly states that the ad is an attack on his competition, which includes several members of Congress, his communications director, Ray Sullivan, removes all ambiguity in a press release about the ad:

Senator Santorum, Congressmen Ron Paul and Newt Gingrich and Congresswoman Michele Bachmann have long backed congressional earmarks and pork. Expecting them to overhaul Washington is asking a fox to guard the henhouse. Rick Perry never served in Washington and has strongest, most credible plan to overhaul Washington by creating a part-time Congress and cutting their pay, staff, and meeting time in half.