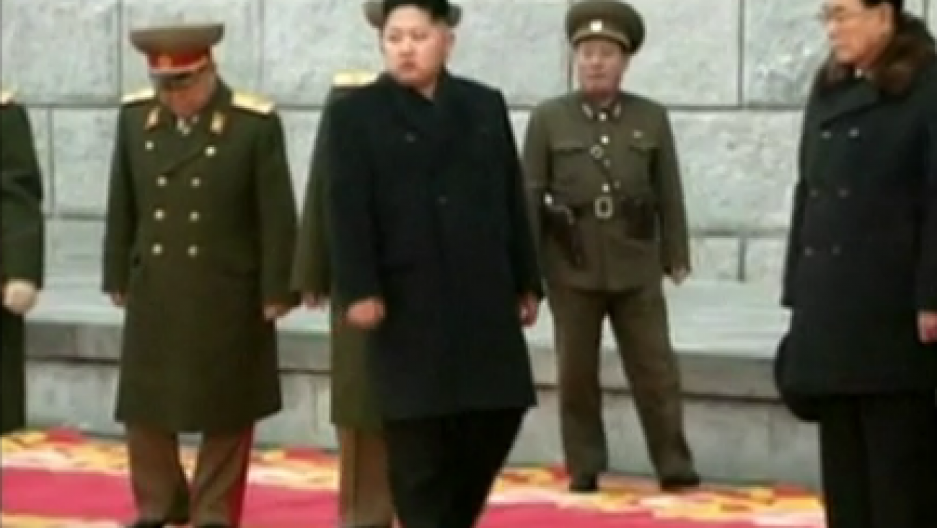 Tens of thousands of North Koreans came out in bitter cold Wednesday to watch the funeral procession of departed leader Kim Jong-il.

North Korea’s next leader, Kim Jong-un, escorted his father’s hearse in an elaborate state service. Lee Hyeon Seo watched some of the funeral during lunch at a restaurant in Seoul run by North Korean refugees. Lee left North Korea in 1996 when she was 14.

“I was only 12 at the time, but I remember it being really shocking,” Lee said. “When I arrived at school, everyone was crying. I felt if I didn’t cry, then people would look at me strangely, so I just pretended. Now I’ve met other North Korean defectors who say they felt the same way too back then. I thought I was the only one who faked crying.”

Even though Lee wasn’t sure why she was crying then, many North Koreans did know, said Hyun In Ae, vice president of a Seoul-based organization made up of former North Korean elites. Hyun said many North Koreans still have great respect for Kim Il-sung. Kim Jong-il is a different story.

“People blame Kim Jong-il for why North Korea is in such bad shape, and the government knows it,." Hyun said. "That’s why during this mourning period they’ve given out more food and staples, and kept markets open. They’re treating the people a lot better than normal.”

Hyun and other refugees say the trick now is for Pyongyang to make new leader Kim Jong-un seem less like his father and more like his grandfather.

Lee said based on the images she’s seen from the funeral, that’s exactly what the North is trying to do.

“I’ve seen pictures of Kim Jong-un from a few years ago. He was slim then. I think he put on a lot of weight to look more like his grandfather. He even wears the same type of suit and has the same haircut,” Lee said.

Lee said she’s not sure if North Koreans will be comforted by that for very long. But she said she hoped Kim Jong-un would eventually earn their respect by making the kind of changes that his father and grandfather never did.