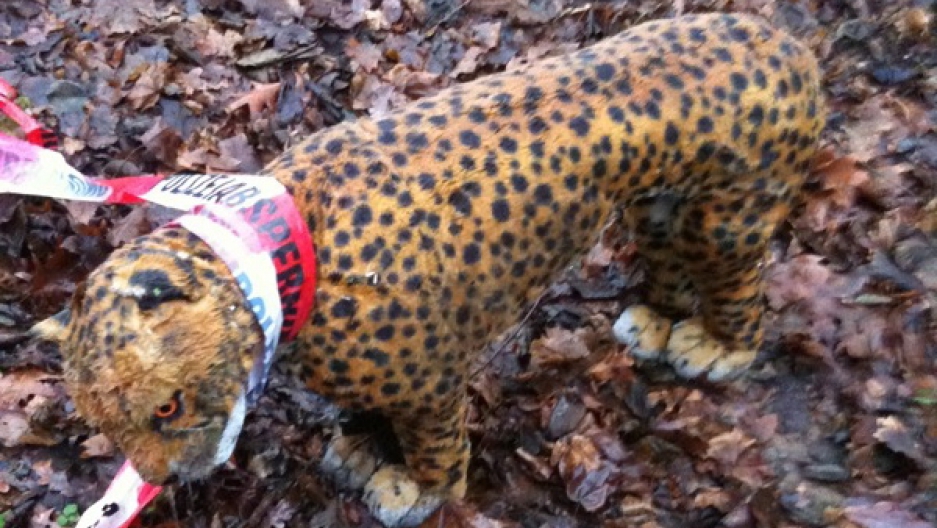 Grrrr! A police picture of the "leopard" in question, after removal from the lake.
Credit: Polizeipräsidium Bochum
Share

Police in Germany were surprised, and possibly relieved, to find that a leopard reported to be on the loose was, in fact, a harmless stuffed toy.

Officers in the north-west city of Bochum received a call on Christmas Day from a man who claimed to have spotted an adult leopard in a city park, Spiegel magazine reported.

They were at first skeptical, police later said in a statement, given both the timing of the call – which came the morning after Germany's traditional Christmas celebrations on December 24 – and the location of the leopard, which was claimed to be floating in the center of the park's lake.

But the caller – who had double-checked what he thought he saw with a pair of binoculars – insisted he was neither drunk, crazy nor stupid. "He assured us that he knew what he was talking about, that he was a trained hunter and even had relevant 'African experience,'" police said.

A squad car was promptly dispatched, and the task of securing the leopard begun.

Presumably because they thought it was drowned, the police's methods were far from scientific. "The officers attached some plastic police cordon tape to a stick and kept throwing it at the animal until it caught," a spokesman told the Spiegel.

Having dragged it ashore, the officers finally realized that the focus of their labors had not been a fearsome predator after all, but a life-size stuffed toy.

Police are appealing for its owner to come forward. The toy is "still in good condition, if a bit damp," the spokesman promised.

German authorities aren't the only ones to be fooled by cuddly big cats. In May, police in Hampshire, southern England, scrambled an emergency response team to deal with a white tiger that was sighted in a local field. Officers were approaching by helicopter when the "tiger" – in fact a toy – rolled over in the down draught and revealed its true nature, a police spokeswoman laconically told the Guardian.