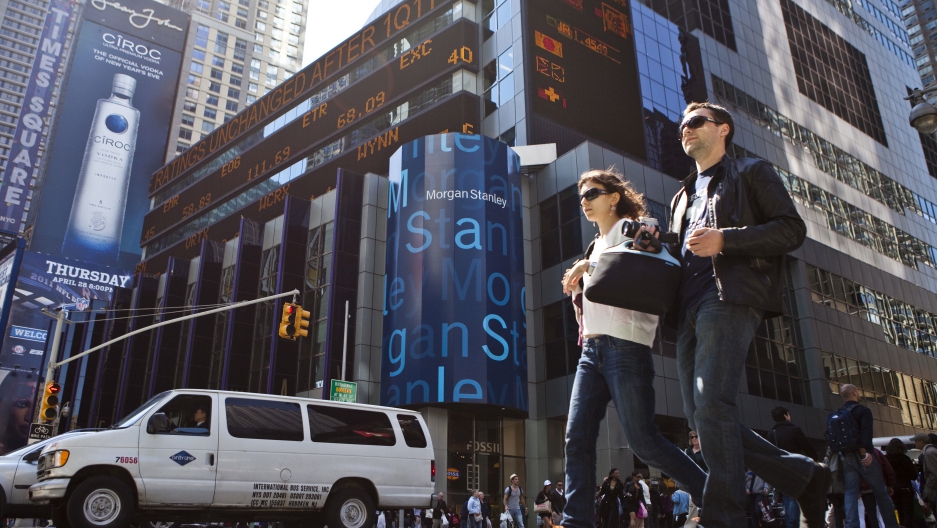 Morgan Stanley announced in a public filing on Tuesday it would make 580 layoffs in its first quarter.
Credit: Ramin Talaie
Share

Morgan Stanley, the major financial services firm, will cut 580 jobs in New York in 2012 as a part of a broader wave of layoffs, The New York Times reported.

The bank filed a notice with the New York State Department of Labor, citing “economic” woes as the cause of the layoffs, which began on Dec. 15 on a rolling basis. Earlier in December, Morgan Stanley said it would cut 1,600 jobs, or 2.6 percent of its 62,648 employees, by the first quarter of 2012, The Times reported. According to the filing, affected locations include 221 Avenue of the Americas, 1 New York Plaza, 1585 Broadway and 750 Seventh Ave, all in New York City.

Morgan Stanley’s shares have declined 44 percent this year. Chief Executive Officer James Gorman has been grappling with the European debt crisis and concerns that US economic growth will decline, Bloomberg reported.

The decision to reduce staff came as “we conduct our year-end performance- management process and evaluate the right size of the franchise for 2012,” said Mark Lane, company spokesman, Bloomberg reported. Layoffs will occur globally at all levels of Morgan Stanley.

Morgan Stanley isn’t the only financial firm to be hit by the dismal economy. Citigroup, whose headquarters are just down the street from Morgan Stanley in Manhattan, said they would cut 4,500 jobs, or 1.5 percent of its global workforce of 267,000, in the next few quarters, the Guardian reported. Bank of America said it would cut 30,000 jobs in September in the next few years and Swiss lender UBS said it would lay off 2,000 employees from its investment bank to reduce risk. In June, Goldman Sachs said they would cut 230 jobs by March 2012.