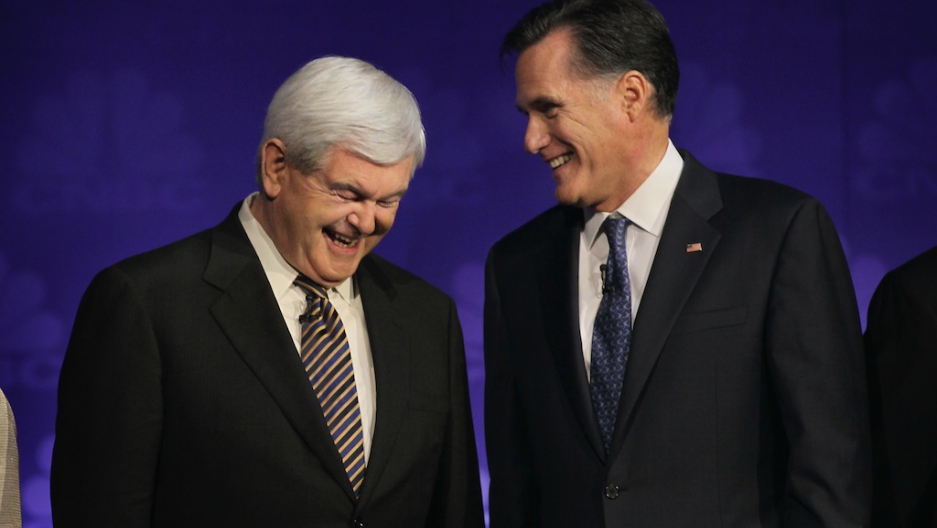 According to the CNN/Time/ORC International Poll, 25 percent of people said that they would most likely back Romney, and 22 percent said they would back Ron Paul.

Rick Santorum trails them at 16 percent, while Gingrich hovers at 14 percent. Rick Perry is at 11 percent, Michele Bachman at 9 percent and Jon Hunstman at 1 percent.

Two percent of those polled said they had no opinion.

Even though Romney has gained the advantage, he still might have the toughest time out of any GOP presidential candidate to win votes in Iowa. As a Mormon, the former Massachusetts governor could struggle with the evangelical Christians who make up the majority of Iowa caucusgoers, USA Today reported.

Out of 35 Iowa opinion polls that started since July, Romney has had a lead in all but five. Gingrich, who had the lead before, has seen a falling out in Iowa.

CBS News reported that Gingrich has fallen in the last month. Earlier polls by the same group showed Gingrich leading the pack with 33 percent.

The poll also shows that Iowans are more confident about their choices than they were a month ago.  Fifty-four percent of Republican caucus-goers say they will "definitely support" the candidate selected, while 43 percent said they may still change their mind. In the last poll, conducted between Nov. 29 and Dec. 6, only 39 percent said they would definitely support the candidate they named.

Voter turnout would be crucial in the caucuses' result.

"Santorum and Paul may benefit from lower turnout, since they have an edge over Romney among likely voters who say that 'nothing at all' would prevent them from attending the caucus," said CNN's polling director Keating Holland. "On the other hand, Romney appears to have an edge among those who attended the caucuses four years ago - he did finish in second place in 2008 – and Romney does best among older Iowans."

Romney continues to dominate in New Hampshire, with 44 percent in the new CNN/Time survey, a jump from 35 percent he had earlier this month.