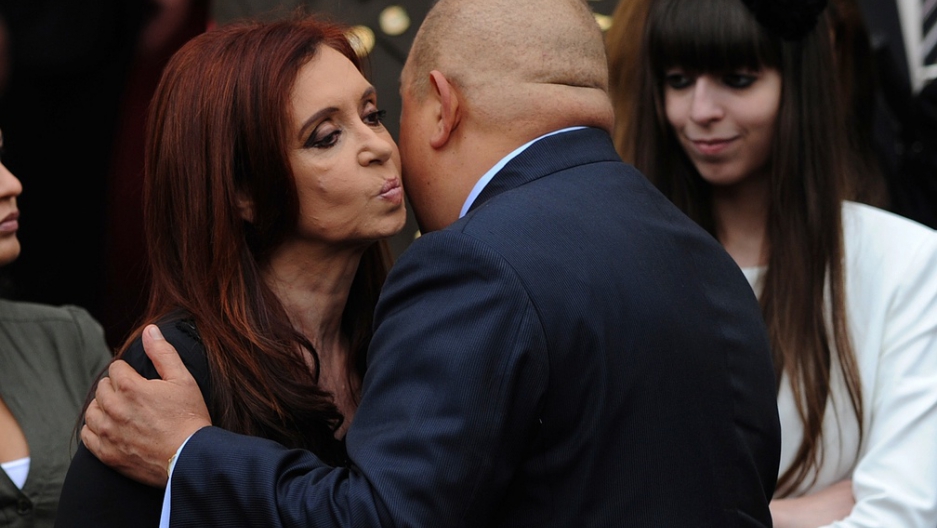 No matter what the problem, you can always count on Hugo Chavez to find a way to blame the "Yankee Empire."

Venezuela's president said he was thinking aloud when he suggested that the US might be plotting against Latin American leaders, after it was announced Tuesday night that Argentina's president, Cristina Fernandez de Kirchner, had been diagnosed with thyroid cancer.

Kirchner has a good chance of recovery.

But she joins a long list of leaders in the region who have been diagnosed with cancer. Chavez, of course, made his struggle public, making announcements when he traveled back and forth to Cuba for treatment.

Fernando Lugo of Paraguay, Brazil's Dilma Rousseff and her predecessor, Luiz Inacio Lula da Silva, have also all been diagnosed with cancer.

Which led Chavez to muse aloud whether the US might be plotting something nefarious.

"It would not be strange if they had developed the technology to induce cancer and nobody knew about it until now ... I don't know. I'm just reflecting," he said in a televised speech to troops at a military base.

"But this is very, very, very strange ... it's a bit difficult to explain this, to reason it, including using the law of probabilities."

Chavez said he's been talking with Fidel Castro, Cuba's former leader, which is probably why he's feeling a little paranoid. Castro was always on alert for assassination plots. But that's also because the CIA for a long time was actively trying — and failing — to kill him.

"Fidel always told me, 'Chavez take care. These people have developed technology. You are very careless. Take care what you eat, what they give you to eat ... a little needle and they inject you with I don't know what,'" he said.

Chavez also warned other leaders, like Evo Morales, the firebrand president of Bolivia who has recently clashed with the US over drug policy and other issues.

"We'll have to take good care of Evo. Take care Evo!" he said.

It's absurd to think that the US might be plotting the deaths of leaders it considers allies, such as Rousseff and Kirchner. But we can't really blame Chavez for at least thinking it, even partly in jest. The US has caused a lot of havoc in Latin America in the past. That was then, of course, and this is now. But sometimes old wounds take a long time to heal.