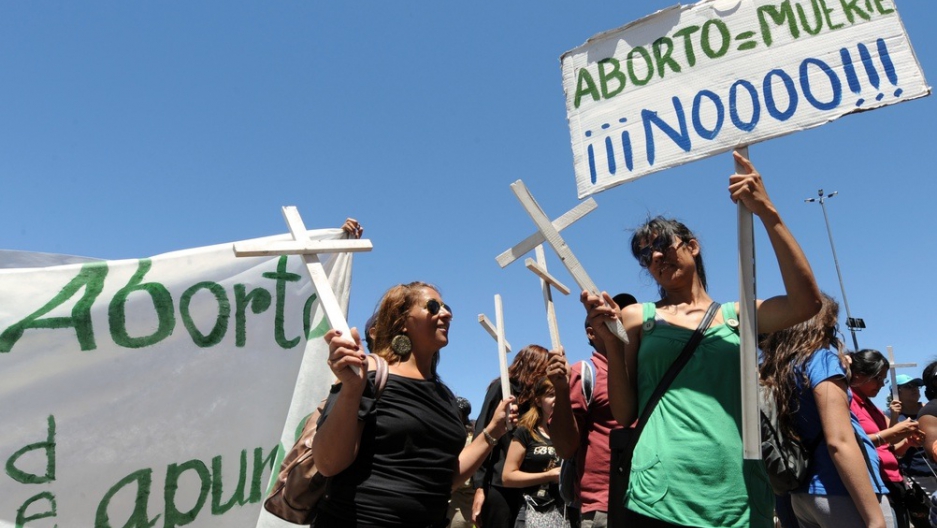 Uruguay's decision to allow abortion in the first 12 weeks of pregnancy marked a major departure from the conservative country's politics.

The bill was passed by the senate, and is expected to sail through the lower house. President Jose Mujica has indicated he'd sign the bill into law.

Latin America is home to half of the world's Catholics, and traditionally most of the countries in the region have adhered to papal rulings against gay marriage and abortion, two big no-nos for the Church.

Uruguay's move highlights a growing shift away from the church as these economies expand and modernize.

It's also a nod to the grim realities of abortion: despite the practice being outlawed in many countries, an estimated 4.1 million abortions were performed in 2003 in Latin America and the Carribean, according to the Guttmacher Institute, the last year for which data is available.

Of those, only 200,000 were considered "safe," that is, performed by people with the necessary medical skills.

Women who undergo unsafe procedures usually do so in countries where the practice is banned, and risk their lives to do so.

In Argentina, the parliament opened up debate earlier this year on whether to allow abortion. The conversation didn't get anywhere, but pro-choice activists in the country said that it was a big deal that poiticians would even consider raising the issue.

In Uruguay, one of the senators in favor of passing the bill said it wasn't their responsibility to "pass moral judgement" on women who choose to have abortions.

“We don’t have the right to pass moral judgement by saying that the woman who continues her pregnancy and has her baby is in the right whereas the one who doesn’t, for whatever reason, is in the wrong,” said Senator Monica Xavier, a member of the ruling leftist coalition of President Jose Mujica.

That trend shows up most clearly in the larger economies of the region.

In Brazil, for example, which just became the sixth-largest economy in the world, surpassing the UK, Catholicism has become more of a cultural than a religious tradition.

So while many people still grow up in the faith and perhaps even still call themselves Catholic, they have become more moderate on social policty.

Despite these changes, abortion remains a highly divisive issue.