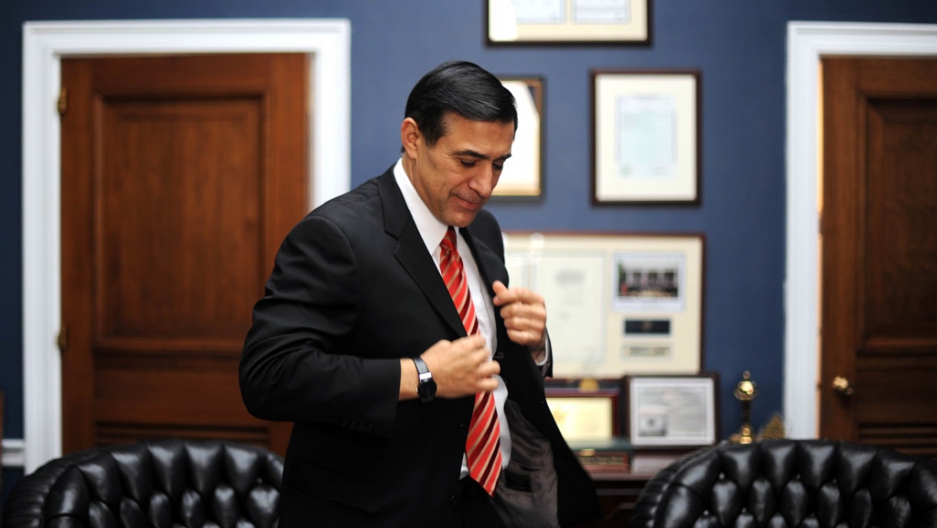 US Republican Representative Darrell Issa of California is the richest member of Congress. The wealth gap between lawmakers and their constituents has widened drastically in recent years.
Credit: Tim Sloan
Share

The financial gap between American lawmakers and their constituents is wider than ever, a pair of analyses by The Washington Post and The New York Times has found.

More from GlobalPost: Congress gets richer

The Post found that the average net worth of a member of the House more than doubled between 1984 and 2009, jumping from $280,000 to $725,000. The wealth of an average American family, however, has declined slightly over the same period, from $20,600 to $20,500, according to the Panel Study of Income Dynamics from the University of Michigan.

The Post excluded home equity from its figures because it is not included in congressional reporting.

At least 10 members of Congress make over $100 million, the Post found. Representative Darrell Issa, a California Republican, is the richest, worth somewhere between $195 million and $700 million.

The Post offers one reason for the widening gap:

Another possible reason for the growing wealth of Congress is that running a campaign has become much, much more expensive, making it more likely that wealthy people, who can donate substantially to their own campaigns, gain office.

Since 1976, the average amount spent by winning House candidates quadrupled in inflation-adjusted dollars, to $1.4 million, according to the Federal Election Commission.

The Times also acknowledges the higher cost of campaigning, and adds that factors such as loose ethics controls, shrewd stock picks, profitable land deals, favorable tax laws, inheritances and even marriages to wealthy spouses are all possible explanations for the increasing wealth of lawmakers.

Sheila Krumholz, executive director of the Center for Responsive Politics, told the Times that the increasing salaries in Congress exacerbate the American public's doubts about where lawmakers' interests lie.

“There’s always a concern that [lawmakers] can’t truly understand or relate to the hardships that their constituents feel — that rich people just don’t get it,” Krumholz said.