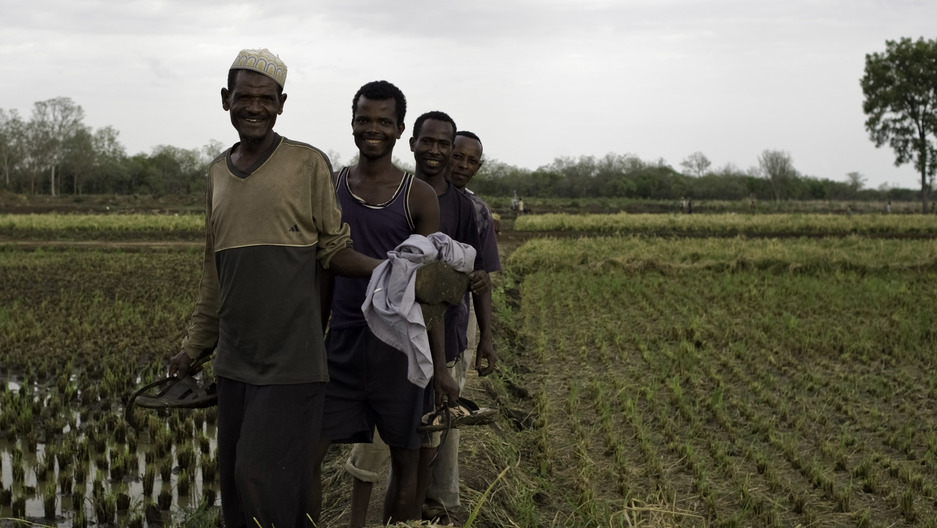 Share
Gambella in western Ethiopia is one of the most fertile places in Eastern Africa, with thick forests, scorching heat and abundant rains. It's home to five rivers and a designated National Park. But now Gambella is also home to large-scale agricultural investments. A Saudi billionaire has leased 25,000 acres from the Ethiopian government to grow rice. His company, Saudi Star, plans to expand that to nearly 500,000 acres within 10 years. This past summer the company planted its first commercial crop. Saudi Star plans to add hundreds of miles of irrigation canals and pipes to bring water from the Alwero Dam to its thirsty rice crop. Ethiopians don't typically grow or eat rice. Most of the crop will be exported to the Middle East. But Muhammad Manzoor Khan, a Pakistani consultant for Saudi Star, said the rice will help Ethiopia feed its people. "This kind of project can really bring a revolution in food production as well as uplifting the social conditions of the people around," Khan said, standing in front of rice paddies. Ethiopia is a fast-developing nation, but it's struggling with severe drought, and skyrocketing food prices. The Ethiopian government now estimates that 4-and-a-half million people in the country need emergency food aid. Over the past few years, Ethiopia has developed a comprehensive agricultural plan that depends heavily on foreign investment, and its ability to bring in much needed foreign currency. Saudi Star predicts its massive rice project will generate a billion dollars in revenue for Ethiopia and tens of thousands of jobs. Esayas Kebede, of the Ministry of Agriculture, said that means increased food security for Ethiopia — if people have jobs they can buy food, even if there is a drought. "If you increase the purchasing power of the people, the people can easily get their own food by their own cash," Kebede said. But many of the local Anuak tribe say the rice farm is not providing jobs for their communities. They worry the rice will dry up the water they rely on for their own farming and fishing. And they say, after years of hostility from the government, they are now being forced off their land to make way for investors. One local woman from the Anuak tribe said the government told them they're moving them to a better place where they can get government assistance. But she said, "There are no farms here and no food. Now we're living like refugees in our own country." The Ethiopian government said it did move people, from rural settlements to villages, but not because of the Saudi Star project. Kebede of the Agriculture Ministry said that it was done to provide them with better services and aid. But according to Human Rights Watch, many of the Anuak are being relocated to parts of Gambella that already don't have enough food to feed the local population. "This large scale investment program has nothing to do with food security concerns in the country," said Desalegn Rahmeto, a senior research fellow at the Forum for Social Studies in Addis Ababa. "If you export all the food items and earn foreign currency, but people in the communities don't have access to food, that is counter productive. And this is happening, this is not hypothetical situation, this is actually happening," Rahmeto said.