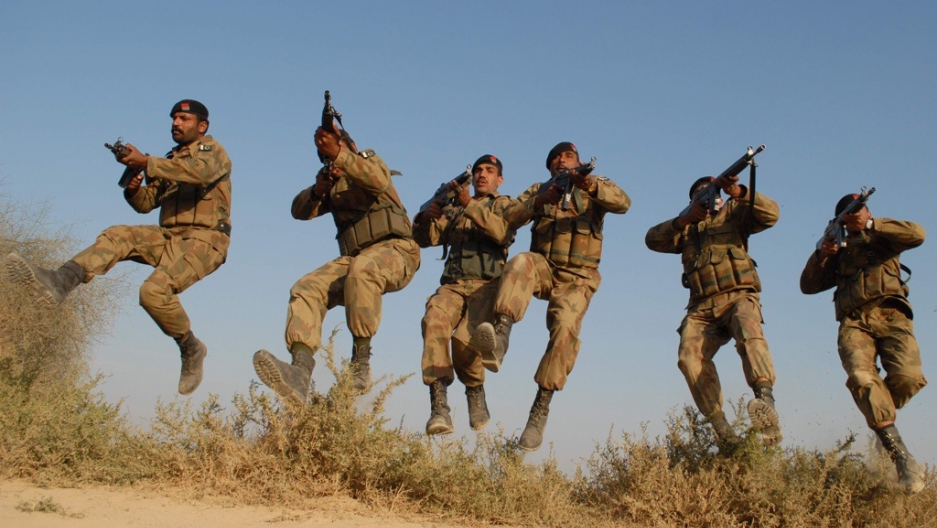 ISLAMABAD, Pakistan — Massive political rallies coupled with persistent mudslinging by the political opposition broadcast live on local television gives the appearance here that an election season is in full swing. But, at least for now, Pakistan's parliamentary elections are more than a year away.

One scandal after another, some reaching the the country's Supreme Court, have plagued President Asif Ali Zardari and his the ruling party, the Pakistan's People's Party (PPP) in recent weeks, and have given rise to calls for the resignation of the country’s leadership and hopes for an early election.

And all this is taking place amid a widespread conspiracy theory that the army is lending a hidden hand to make it happen. Despite the opposition’s slander, however, the government and many of the opposing political parties agree on one thing: They are not interested in a military take-over.

More from GlobalPost: Is Pakistan's president about to resign?

“This is a great departure in our history. It looks like this consensus is no longer going to offer the military establishment the opportunity or option to use one section of politicians against another,” said Rashid Rehman, editor of the Daily Times, an English-language newspaper in Pakistan.

Rehman referred to the 1990s when the PPP and its main opponent at the time, the Pakistan Muslim League-N, with the help of the military, took turns dismissing each other’s governments to ascend to the throne themselves.

But analysts say this current consensus is “weak and tentative” and doesn’t mean the PPP can breath a sigh of relief or even that civil-military relations are about to become more favorable toward the government.

It only means that an army coup, overt or covert, would need to be orchestrated more carefully than ever before. Some Pakistanis believe such a plan is already underway. The story goes, according to the country's chattering class, that the military will rely on the Supreme Court, which can recommend the dismissal of the president.

The theory may have legs. The Supreme Court is already investigating accusations that the government sought Washington's help in preventing a military take-over of the Zaradari administration. In return it offers to eliminate a wing of the military's spy agency, Inter-Services Intelligence, or ISI, that is believed to maintain relations with militants, and other changes to Pakistan's security infrastructure.

Pakistan’s army has been playing politics since the late 1950s. In 1947, after British India was partitioned into India and Pakistan, the latter was left with virtually no state infrastructure and the country’s leader, Mohammad Ali Jinnah, died a year later — to short a period for the leader to give his country a clear direction.

The end balance swings toward the army. It has ruled the country for about half its existence and has steered politics from behind the scenes for the other half.

“They run large parts of our security and foreign politics. The civilian government has little or no say in those. And they intervene in politics domestically,” Rehman said.

A case in point is a remark made by a Pakistani foreign office official threats were made to his ministry over its unpopular ties with the United States: “But this policy is not even made here,” he said indignantly.

Ahmad Mukhtar, Pakistan’s defense minister, admitted he had little say over the affairs of the army and its spy agency in an interview last June. “In our system we have still not reached the status where the defense minister calls all the shots,” he said.

Not that the government didn’t try to assert its control over the army and the ISI. In August 2008 it ordered the intelligence agency to report directly to the ministry of interior, but the order backfired within 24 hours. An attempt to send the ISI chief to India to participate in an investigation into the Mumbai attacks failed as well.

Since then, until a few days ago, the ruling PPP seemed to steer clear of confrontations with the army. But amid fears of an impending military coup, Prime Minister Yousaf Raza Gilani slammed current relationship between the military and the government.

“We will have to come out of this slavery. If we remain subordinate to this system, then there is no need for parliament,” he said.

The next day Pakistan’s army chief quickly rebuffed the prime minister’s statement by saying it supported the “democratic process.”

Gilani appeared grateful and quickly issued a statement denying a rumor that the government was considering dismissing the country's top two military chiefs.

Some analysts said civil-military relations would never change unless the army changes its mindset; others say it is the government that needs to start delivering first.

“I think it creates a vacuum, which is filled by the military. The only way to get out of it is by performance, by improving their capability and capacities so they don’t give an opportunity to anyone to create a situation for them,” Masood said.

Other analysts said the army simply doesn’t allow the government to become effective.

“How can the civilian government ensure good governance when it has no control over the country’s foreign policy and large sections of domestic policy?” asked Farhat Taj, a political analyst writing in the Daily Times.

She and other analysts argue that the army needs to take the first step.

But that would take nothing short of a miracle, said Rehman. “Unless they have a change in mindset and accept civilian supremacy it [the civil-military relationship] is not going to change.”

For now, both options seem out of reach.

“In Pakistan, you know, ‘for the moment’ is a good phrase because you never know what is going to happen tomorrow.”