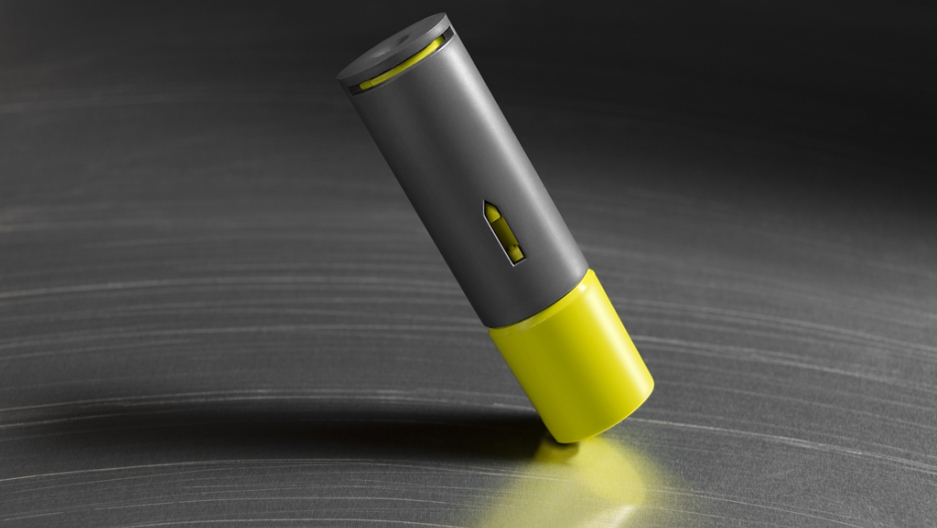 Although most can agree that the aroma of coffee is pleasant, controversy is surrounding a recreational caffeine inhaler product known as AeroShot.
Credit: AeroShot
Share

AeroShot, a caffeine inhaler that users can take recreationally to get a quick burst of energy, is causing a stir for one New York senator who deemed the product a "club drug."

According to the Washington Post, Democrat Charles Schumer wrote to the Food and Drug Administration last week asking for a probe into the product.

“The product is nothing more than a club drug designed to give users the ability to drink until they drop,” Schumer said.

Aside from advocating against inappropriate TSA screenings, Schumer has also urged the federal government to list bath salts as a controlled substance, and helped ban the caffeinated alcoholic drink known as "Four Loko" from being sold in New York.

The inhaler, which is set to be released next month, will be sold over the counter to anyone regardless of age.

Read more from GlobalPost: Two coffees a day may keep depression at bay

The Examiner reported that the inhaler can already be purchased online through a Massachusetts-based company called Breathable Foods Inc., and another company called The Lab Store located in Paris, France.

"In Europe," the Examiner reported, "the AeroShot advertisement focuses on drinking and partying."

According to the NPR's food blog, the Salt, AeroShot's slogan is "Breathable Energy. Anytime. Anyplace."

The inhaler is plastic, about the size of a tube of lipstick, and is "filled with a powdery, calorie-free mix of caffeine, B vitamins, and citrus flavors."

Its inventor, David Edwards, said that AeroShot is unique because users can control the amount of caffeine they want to intake.

"We often overdose ourselves [with caffeine]," he said. But with AeroShot, "you take it when you need it, and as much as you need."

Edwards is also the inventor of Le Whif, a form of breathable chocolate that was developed in 2008.

Despite its look and advertising campaign however, AeroShot is not actually inhalable.

The particles in AeroShot are "way too big to get past the back of your throat and into your lungs," the Salt reported. "So digesting the caffeine is the same basic process for the AeroShot as it would be for a beverage."