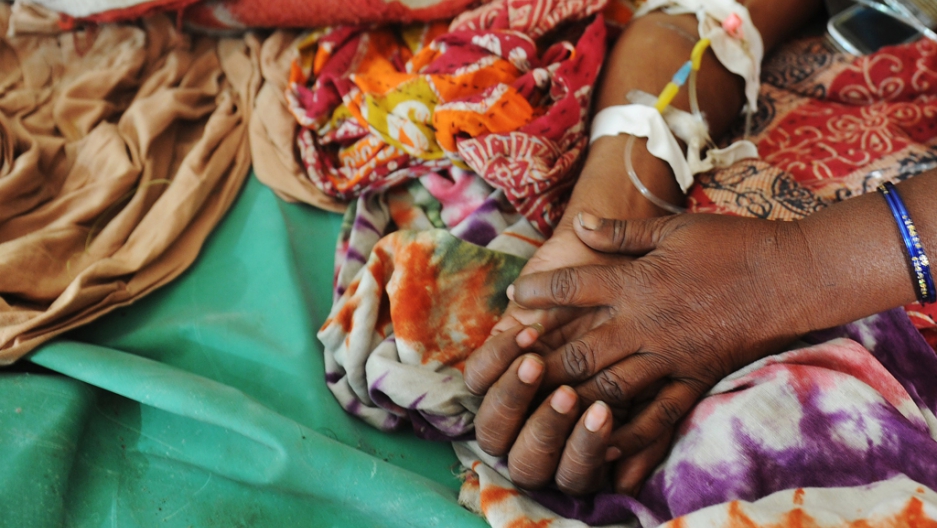 A doctors' strike in Rajasthan, India has resulted in the death of more than 40 patients. The doctors work at state-run hospitals, and demand higher wages and better working conditions that match those who work at federal-run hospitals.
Credit: Dibyangshu Sarkar
Share

According to CNN, more than 40 patients have died in Rajasthan, India due to a doctors' strike that has been going on for five days.

The Indian government suspended 40 doctors and arrested 390 others for "failing to perform their duties." Another 10,000 doctors are still on strike.

The doctors work at state-run hospitals, and they demand higher salaries with "better promotion opportunities that are on par with their counterparts in federal medical services."

The government, however, has not offered anything as of yet.

Instead, 373 military doctors were brought in on Saturday as temps, and another 1,000 will be joining them on Monday.

Read more from GlobalPost: Shiva Rules: Will the elderly bring down India?

The federal health minister, Ghulam Nabi Azad, has asked the doctors to get back to work, saying that "treating patients is the foremost responsibility of their profession," Al Jazeera reported.

"Keeping in mind that lives of thousands of people are in danger, if doctors are not in hospital and some may have even lost their lives till now, I would like to appeal that they should not imitate other institutions and should not go strike at the cost of the ailing people needing medicare," he said on Sunday.

Those who are suffering the most are patients who need immediate care.

According to Al Jazeera, "unattended patients were seen lying on stretchers outside hospital wards, waiting to be attended while other ailing victims of the protest looked on helplessly for attention and care."

Shaheed Khan, a relative of one patient, told Al Jazeera that patients are forced to fend for themselves now that there are no doctors.

"We are facing lot of problems due to strike as doctors are not ready to treat the patients nor anybody is giving any medicines or injections," Khan said. "The condition is very bad over here... We are very much concerned."