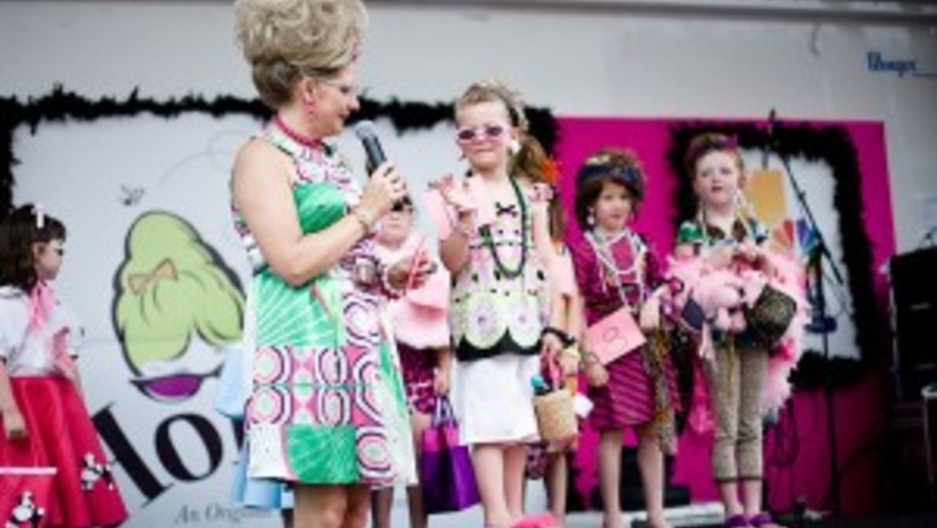 The Hon culture, typified by big hair, pointy glasses and bright colors, is celebrated at Cafe Hon in Baltimore. (Photo from Cafe Hon.)

View a slideshow of images from Cafe Hon at hereandnow.org.

In Baltimore, tourists usually make a point of stopping by Cafe Hon.

And while the food is edible, it's never exactly been acclaimed for its cuisine, but rather for its kitschy perspective on Baltimore’s “Hon Culture”. Cafe Hon immortalizes bee hive hairdos, cat eye glasses and Hampden neighborhood's blue-collar roots.

But owner Denise Whiting wanted a chance to change that — and to counter some negative publicity she'd had recently as well. So she recruited celebrity chef Gordon Ramsey and his “Kitchen Nightmares” program to come to Baltimore and give her a hand.

Richard Gorelick, Baltimore Sun restaurant critic, says Whiting has been a controversial figure in the neighborhood after trademarking the term "Hon," which many felt was a term that belonged to the entire community.

"What Whiting was taking credit for was taking the word 'Hon' and turning it into a hon culture," Gorelick said. "People resist giving her credit for that, but in my mind she absolutely did do that."

Gorelick said the restaurant, even after the Ramsey make-over, is still "perfectly fine."

"It's not much better or worse than you'd expect. It doesn't scream home cooking. It's not a farm-to-table restaurant. It's not locally sourced, necessarily. But it's a square deal and there's certainly nothing unappetizing about the food." Gorelick said. "It's good."

Goerlick said he enjoyed meatloaf wrapped in bacon and fish and chips as well when he was at the restaurant, though some locals have panned the food as being downgraded since Ramsey came through.

But if there was one thing that Ramsey did help with, it's PR. Whiting announced after the remodel that she had rescinded her trademark on the term "Hon."