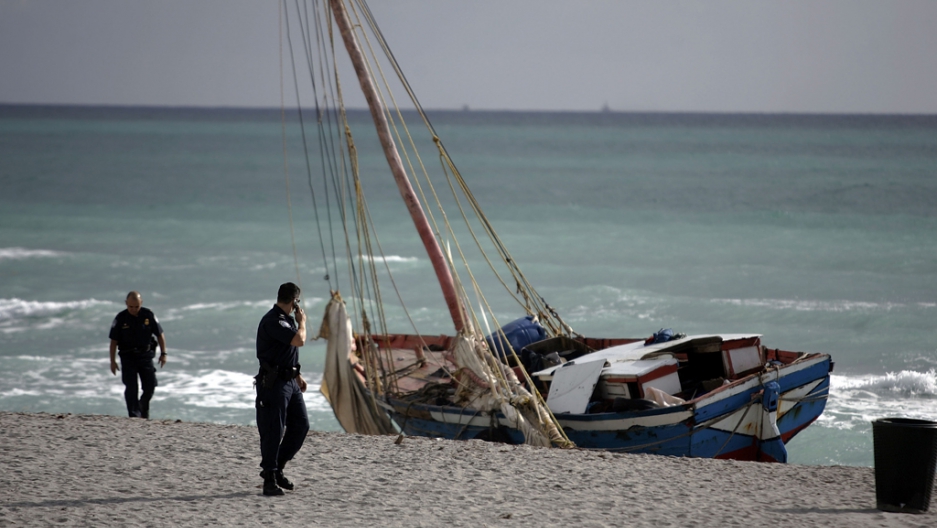 Capsizing boats is an unfortunately common problems for migrants traveling by boat to the US. In 2007, one man died after a sailboat carrying more than 100 Haitian migrants landed in Miami.
Credit: Joe Raedle
Share

A boat carrying Haitian migrants has sunk near the eastern coast of Cuba, drowning 21 men and 17 women, according to the Associated Press.

Cuban civil defense forces rescued 87 passengers from the boat, which began sanking about 590 miles from Havana, off Cuba's Guantanamo province.

The Coast Guard and Red Cross were involved in search and rescue efforts.

Officials claimed not to know where the boat was heading, and Al Jazeera reported that the cause of the shipwreck was unknown.

Read more from GlobalPost: Cuba to free 2,900 prisoners ahead of visit by Pope Benedict XVI

Survivors have been placed in an "international migrants' camp at Point Maisi, where they have been given assistance," Al Jazeera reported.

According to BBC News, deadly incidents involving Haitian migrants are not unusual.

In 2009, a boat carrying Haitian migrants capsized off the Turks and Caicos Islands. Fifteen bodies were recovered, but about 70 passengers remain missing.

In May 2007, at least 61 migrants from Haiti died when another boat carrying 150 passengers sank off Turks and Caicos.

Read more from GlobalPost: Cuba: Exile fireworks are a US provocation