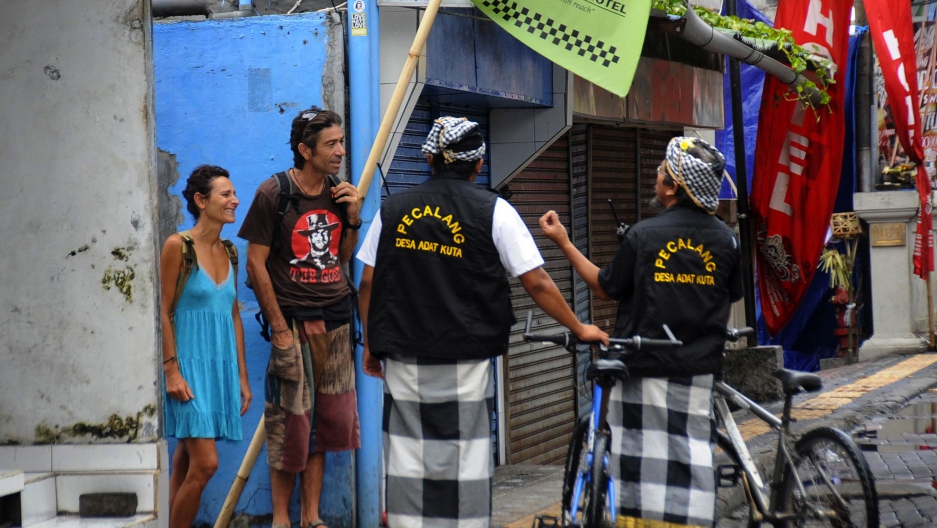 Balinese guards stop tourists from leaving a hotel in Bali's world-famous Kuta beach district as the Indonesian holiday island shut down for a day of silence to mark Nyepi, the Hindu new year on March 5, 2011.
Credit: Sonny Tumbelaka
Share

An Australia man has contracted HIV after getting a tattoo while on vacation in Bali.

Australian health authorities are urging Australians who have gotten tattoos or body piercings on the Indonesian resort island to seek medical advice and consider getting a HIV test, according to news reports.

Western Australia Health director of communicable disease control Paul Armstrong told Australia's ABC News: "Anybody who has had a tattoo in Bali or a body piercing in Bali should consider the information that's come out and talk to their doctor about getting tested for HIV."

Armstrong advised travelers not to get tattoos and piercings done overseas, particularly in developing countries.

The man's personal details have not been released, but it he reportedly tested positive to HIV after returning to Australia.

"All the evidence points to a tattoo received recently in Bali as being the source of the infection," read a statement from the WA Department of Health, cited by Agence France-Presse.

The department has warned that apart from HIV, travelers were also potentially exposing themselves to Hepatitis B and C as well as bacterial infections.

Indonesian officials said last year that the number of known HIV/AIDS cases on Bali was soaring, with one in four prostitutes reported to be HIV-positive and the number of infections jumping almost 19 percent from the year before.