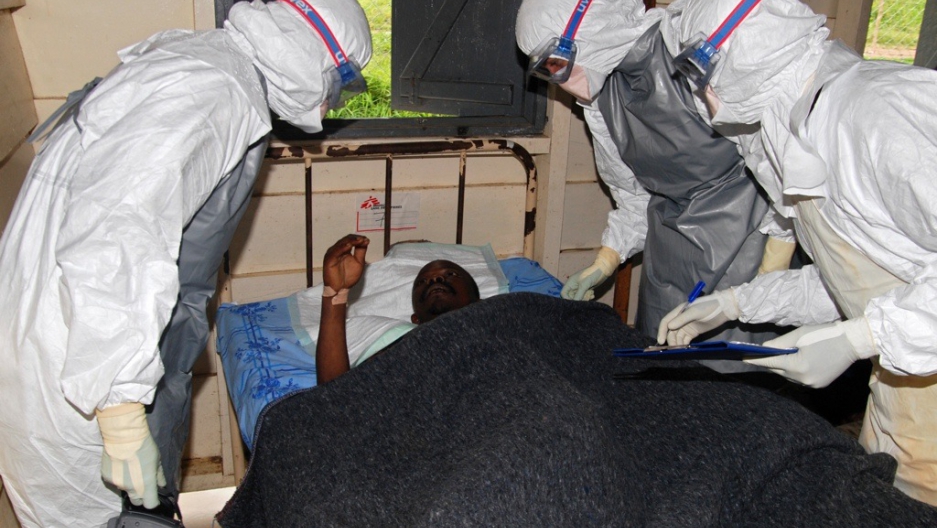 Uganda confirmed that the Ebola virus has killed a 12-year-old girl. Uganda has not had a confirmed case of Ebola since 2007. In this photo a team of doctors examines a man suspected to be infected with Ebola on December 20, 2007.
Credit: Claude Mahoudeau
Share

NAIROBI, Kenya — The mysterious death of a 29-year old woman after she turned up bleeding profusely at a Nairobi hospital has raised fears of an outbreak of Ebola.

The Ebola virus is a so-called hemorrhagic disease and kills nastily: vomiting, diarrhoea, extensive bleeding. There is no known cure.

Outbreaks in rural areas of Congo, Uganda and Sudan over the last 35-years have killed hundreds of people at a time.

Gladys Muthoni was taken to Kenyatta National Hospital by three people who were quarantined. After her death tests were carried out to determine the cause.

Kenya's director of public health, Sharif Shanaaz tried to ally fears on Friday announcing that the “blood specimen obtained was analyzed ... and is negative for all viral hemorrhagic fever including Ebola." But it remains unclear exactly what killed the woman and Kenya's government said it would continue to monitor the situation.

Neighboring Uganda coped with a death attributed to Ebola in May this year.