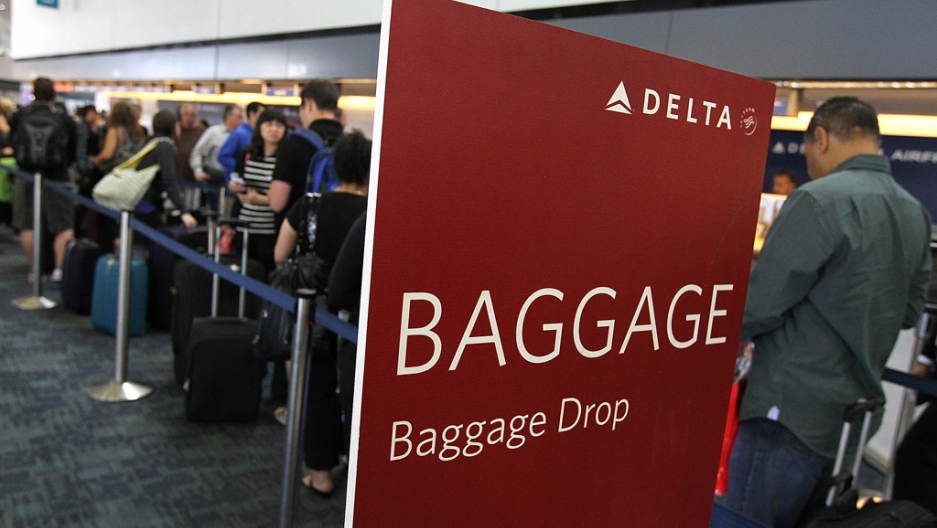 Delta airlines is facing a lawsuit over its handling of lost luggage claims, Reuters reported.

A class-action lawsuit filed earlier this month in the US District Court in Miami by California consumer attorney John Mattes, Florida attorney David Tucker, and two other law firms, claims that Delta is only reimbursing passengers for a fraction of what they're entitled to by law.

Passengers are allowed to claim up to $3,300 in reasonable expenses for their lost or delayed bags, according to federal regulations. Delta airlines, however, told passengers last year that they were only responsible to repay customers $25 a day for lost or delayed baggage, and up to $125 total. The airline was fined $100,000 by the US Department of Transportation for those claims, Reuters reported.

"Delta uniformly ignores its contractual obligations to reimburse passengers for expenses while their bags are delayed," the lawsuit says. "Such tactics allow Delta to pocket millions and millions it would have had to pay out if it had abided by its contracts with passengers."

About 130,000 bags were "mishandled" by domestic airlines in October alone, according to the most recent DOT data. Delta reported mishandling about 16,000 bags that month and a total of about 328,000 for all of 2010. Over 2 million claims of mishandled bags were filed by passengers in 2010, Reuters reported.

More from GlobalPost: US airfares go up just in time for the holidays

Delta is not the only airline to be sued over mishandled bags. In 2009, Spirit Airlines was fined by the DOT for limiting which passengers could be compensated for their lost bags. They then delayed reimbursing those passengers for up to 14 months, Reuters reported.

A passenger whose bags were lost by American Airlines sued the airline last year on behalf of herself and other passengers; she said she had to spend $300 to replace clothing and toiletries after the airline lost her bag.

"[Airlines] cannot set any limitations other than the $3,300 per passenger," Bill Mosley, a spokesman for the US Department of Transportation, told Reuters. He said that different airlines handle the claims process differently, and passengers should have documentation for their losses and any expenses incurred.