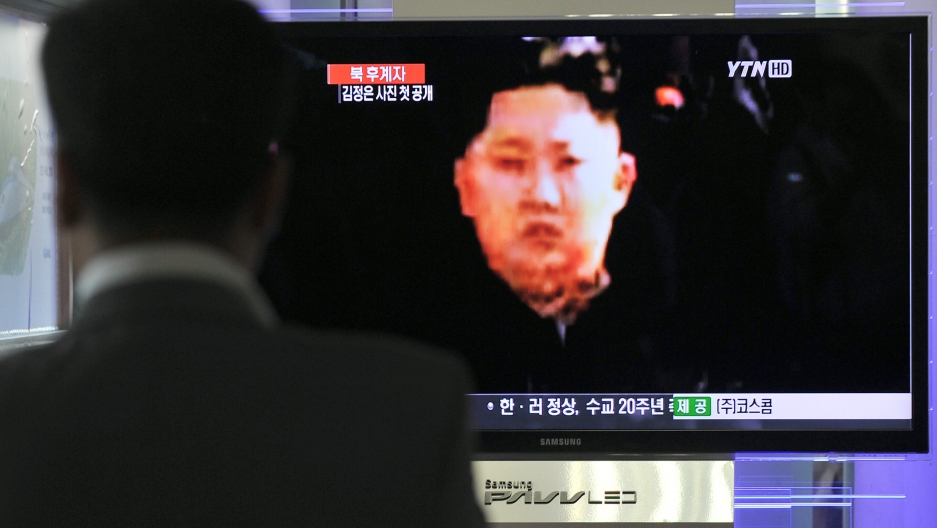 First there was Kim Il Sung or "Great Leader." Then his son, Kim Jong Il, was known as "Dear Leader." And now, it appears that the third in line to rule North Korea, Kim Jong Un, has a title as well: "Outstanding Leader."

This is being seen by observers as an attempt by the government to build support for the new leader and encourage a smooth transition of power. It also builds a cult of personality around the leader.

Kim's father, Kim Jong Il, reportedly died Saturday of a heart attack while traveling by train. (Though in the reclusive, isolated nation, nothing is known for sure. The death was not reported for two days, and South Korean officials have been questioning the details. South Korea's top spy has said that the mentioned train did not move on Saturday.)

The situation in North Korea has been watched as closely as possible since the death was announced on Monday. US and South Korean officials have said the transition appears to be going smoothly.

"This appears to be a relatively smooth transition on the peninsula, and we hope it stays that way," Pentagon spokesman George Little told the AP.

Meanwhile, the official state press has also reported that a number of "natural wonders" occurred at the time of Kim Jong Il's death. For example, the peak of North Korea's holiest mountain glowed red and a sheet of ice cracked on Heaven Lake.