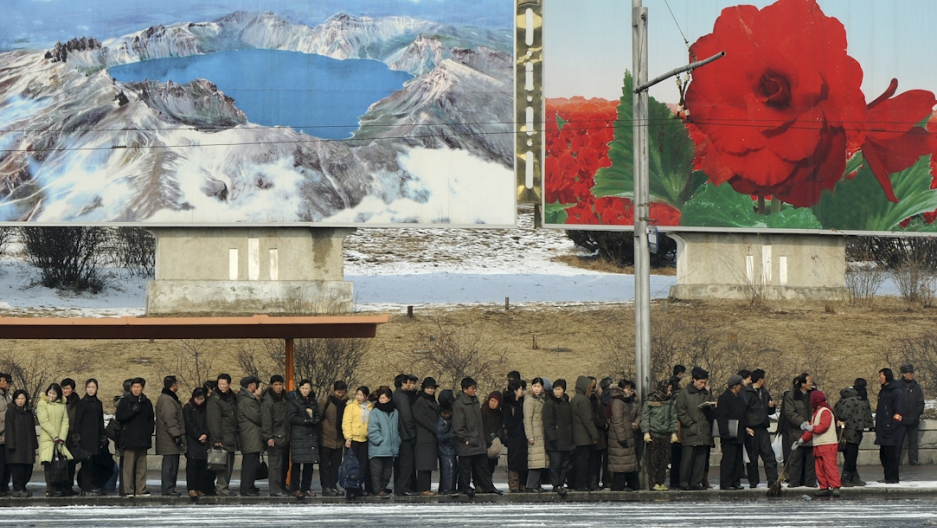 The day that Kim Jong Il died, the peak of North Korea's holiest mountain glowed red and a sheet of ice cracked on Heaven Lake, shaking the area with an unusually loud noise.

These were among the "peculiar natural wonders" observed around Kim's death, according to the official Korean Central News Agency (KCNA).

The personality cult built around the Kim dynasty often leans on tales of natural phenomena. The stories usually center on Mount Paektu (also called Mount Baektu, and known as Changbai Mountain in China), a 9,000-foot peak described in an official Kim Jong Il biography as "the soul and spirit of the nation." Another sacred site is Lake Chon (Heaven Lake), which is a crater lake on the mountain.

Kim Jong Il was born on holy Mount Paektu, according to the official story that serves to legitimize Kim and his divine rule. Propaganda paintings in North Korea show a star glowing over the mountain, similar to the Star of Bethlehem in the birth of Jesus Christ.

In reality, Kim Jong Il was born in Russia, likely in a village near the Siberian city of Khabarovsk, but that doesn't fit with the story of a divine birth.

In another "natural wonder" associated with Kim Jong Il's death, a Manchurian crane flew around a statue of Kim Il Sung three times before eventually flying off, "with its head drooped," in the direction of Pyongyang.

According to the KCNA:

Observing this, the director of the Management Office for the Hamhung Revolutionary Site and others said in union that even the crane seemed to mourn the demise of Kim Jong Il born of Heaven after flying down there at dead of cold night, unable to forget him.

Another KCNA story highlighted the cold winter weather braved by Kim Jong Il on the last days of his life, and how this is "moving the hearts of all the Korean people."

December 16, the day before Kim died, he "set out on the continuous forced march" after giving on-the-spot guidance to the Hana Music Information Center and the Kwangbok Area Supermarket.

That day the weather was very cold with fishtail and strong wind.... Those weather data make one more keenly feel the painful labors of Kim Jong Il who continued in common attire his journey of field guidance with patriotic devotion despite the biting cold weather.

The departed leader's life was "bright as snow," and "no one has ever made such total dedication with a pure and true mind like snow," said yet another KCNA story.

"He worked hard day and night, having uncomfortable sleep and taking rice-balls," the story said.