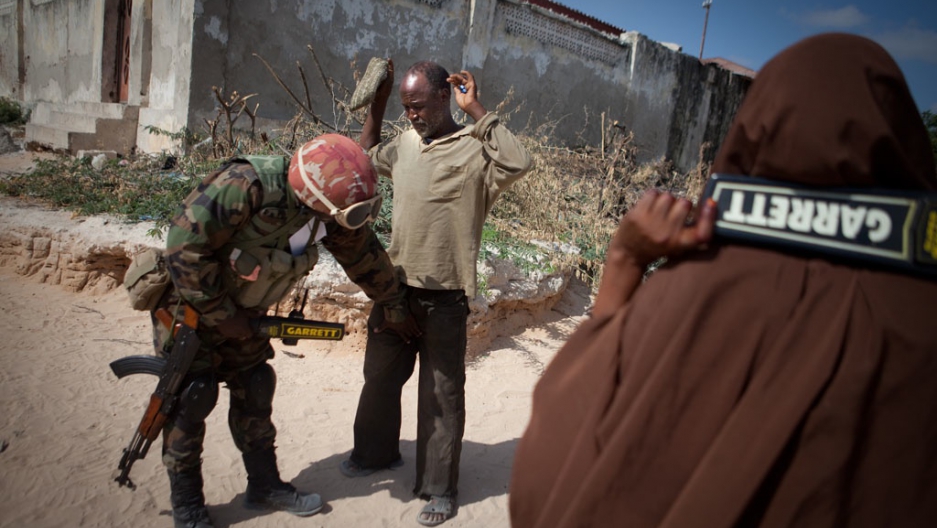 MOGADISHU, Somalia — In the latest bout of political feuding Somalia’s Speaker of Parliament was ousted Dec. 13.

Sharif Hassan Sheikh Aden, a wily politician and wealthy businessman who has himself engineered the downfall of numerous political challengers in the past, lost a vote of confidence conducted while he was abroad.

Political paralysis and ingrained corruption have left the backers of Somalia's Transitional Federal Government (TFG) frustrated even as they continue to fund the administration and its parliamentarians into a critical eight-month period due to end with a new constitution and elections in August 2012.

“One of the biggest challenges that we have faced is the frequent change of leadership. One transition after another, the leadership changing every other time,” said Wafula Wamunyinyi, a senior Mogadishu-based official with the African Union Mission in Somalia (AMISOM), summing up the feeling of many in the international community. “By the time [a leader] knows something and has a plan to execute, he is gone!”

The current prime minister, Abdiweli Mohamed Ali, is the third to be appointed under President Sheikh Sharif Ahmed since the start of 2009. Ali took office in June. His predecessor lasted eight months. The one before him managed a year-and-a-half.

The Islamist insurgents of Al Shabaab are fighting on three fronts — against AMISOM in the capital, Kenya in the south and Ethiopia in the west — but doubts about whether the TFG would be capable of governing even a peaceful country remain.

Ban’s presence was seen as a vote of confidence in the TFG and an encouragement for it to try harder and do more for Somalia’s beleaguered people who receive next to nothing in the way of services from the government.

“I believe we are now at a critical juncture — a moment of fresh opportunities for the future of Somali people,” said Ban. “On the political front, to bring a new measure of stability and possibilities to people’s lives. On the military front, to consolidate gains. These gains should be sustainable. On the recovery front, to help break the cycle of famine, poverty once and for all.”

Ban's optimistic tone was tempered with the warning, “We have a very limited window of opportunity.” His visit and words went down well with government officials.

“Ban Ki-moon’s visit was a true testament to the improvements we have made in the area of security,” said Prime Minister Ali.

Ban announced that the UN Political Office for Somalia would be relocating to Mogadishu in January, a move that Ali welcomed. “It is high time. No more sitting in Nairobi. Every year billions of dollars are spent in the name of Somalis and we don’t see it, it doesn’t [leave] Nairobi,” he said. “The presence of the international community is needed here in Somalia.”

Britain’s Prime Minister David Cameron is convening an international conference on Somalia in February that will address piracy, terrorism and the rebuilding of a country he described as “a failed state that directly threatens British interests” through kidnappings, hijackings and the radicalization of young Britons.

“Over the last 20 years Somalia became a danger to itself, to its neighbors, to the region and to the entire world. Now we are getting out of that,” Ali insisted. “Somalia has the attention of the world but for the wrong reasons, so we have to seize the moment, now is an opportunity.”

That opportunity is theirs to squander.

“Incompetent, corrupt and hobbled by weak leadership” is how the International Crisis Group described the TFG earlier this year (before Prime Minister Ali took charge) and analysts say little has changed.

Much criticism is leveled at the repeated, and failed, internationally-sponsored attempts to install centralized rule in a country where clan is king and politics are local. But Ali says his government has learned from past mistakes and welcomes local administrations, as long as they don’t push for independence.

“Regional administrations are part of the devolution of power from the center to the periphery. [In 1991] Somalia was a centralized state, controlled from Mogadishu and once Mogadishu collapsed everywhere else collapsed also,” he said.

Ali disagreed with some who describe the plethora of regional administrations, from the established states of Somaliland and Puntland, to prospective ones such as Jubaland in the south as proof that Somalia is balkanizing.

“Somalia is not disintegrating, we are coming back together,” he said.

The government still has a long way to go and time is short before August when a new constitution should be in place and some form of elections held to pick a new government. Any extension beyond the August deadline was “untenable,” Ban said.

Security has improved in Mogadishu, but nowhere else. The government’s rule barely covers the capital, let alone the Shabaab-controlled hinterland.

There is, for now, a tentative peace in the city but clean water, basic education and health care all remain elusive and when these are provided it is thanks to the private sector or aid agencies, not the government.

“The institutions are not fully functional, we are struggling to rebuild them so they can support the communities, the people, provide basic services,” said Wamunyinyi, the AMISOM official. “It is difficult and I cannot foresee in the near future having a fully functional government in place.”

More from GlobalPost: Inside Somalia