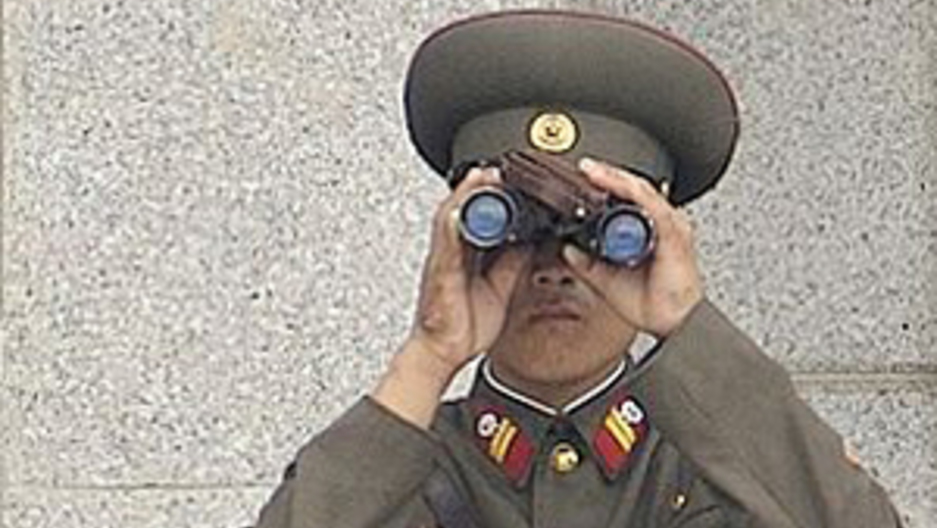 Share
A group of North Korean defectors and protesters unpacked bags of helium-filled balloons at the Imjingak Peace Park, several miles south of the demilitarized zone between North and South Korea. Attached to the balloons are leaflets describing atrocities allegedly orchestrated by the North Korean leader Kim Jong Il, who died last Saturday. The defectors shout Down with Kim Il Sung, Kim Jong Il, and now Kim Jong Un, as they released the balloons. Park Sang Hak, who organizes frequent balloon drops into his former homeland, said, "We're sending a message to the North Korean people about the truth about the Kim Jong Il dictatorship." North Korea has threatened to attack the launch site if the South Korean government doesn't put an end to the balloon leafleting. But Seoul said it won't interfere, saying it's a matter of free speech. Seoul said the same thing about an evangelical Christian group that asked for government permission to switch on Christmas lights along the Korean border. The lights can be seen from the North, and Pyongyang has called the display "psychological warfare." This week, Seoul changed its stance on the decorations. Yu Woo-ik, South Korea's Minister of Unification, said since North Korea is in a mourning period, the South Korean government has urged the religious groups to postpone the lighting of the Christmas trees. On Thursday, the evangelical group agreed to hold off. The Unification Ministry also said that while the government won't offer official condolences to Pyongyang, it will allow private citizens and organizations to express sympathy via letter or fax to the North. Seoul won't send a delegation to Kim's funeral either. But it will permit the wife of the late South Korean president Kim Dae Jung and the chairwoman of the Hyundai Group to attend. Pyongyang sent delegations to their husbands' funerals. Mixed Signals John Delury, who lectures in East Asian Studies at Seoul's Yonsei University, said South Korea is sending mixed signals. He added that the government's indecision over how to respond to Kim Jong Il's death will only add more strain to inter-Korean relations, and confuse the South Korean public. "The deeper issue here is that the responses in South Korean society are very complex and people don't know what they can say and can't say," Delury said. But the fact that Seoul is saying anything about Kim Jong Il doesn't sit well with for Park Sang Hak. The North Korean refugee wonders why anyone would commemorate this dictator. "What kind of person was Kim Jong Il?" Park said. "No one sent condolences to Libya after Gaddafi died, and Kim Jong Il was worse than him. Gaddafi didn't have prison camps, he didn't starve his people like Kim did." Park said he'll have his own send off for his former Dear Leader. He plans his next balloon launch for December 28th, the day North Koreans lay their late ruler to rest.