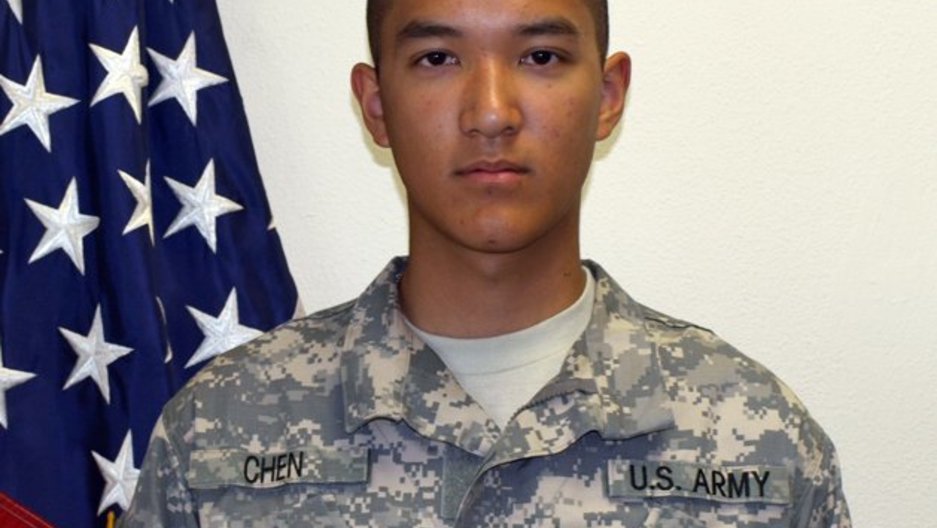 U.S. Army Private Danny Chen, an American of Chinese descent, was found lying in a guard tower on an American outpost in Kandahar province in October.

The 19-year-old soldier died from an apparent self-inflicted gunshot wound to the head. This case echoes the suicide of 21-year-old Lance Corporal Harry Lew in April, another Asian-American who reportedly shot himself while serving with the Marines in Afghanistan. Wednesday, the U.S. Army announced charges against eight soldiers ranging from negligent homicide to assault and dereliction of duty in connection with Chen's death.

The Army and Chen's family say Chen was bullied to the point where he felt suicide was his only choice.

Pentagon spokesman Navy Capt. John Kirby declined to discuss the Chen case specifically on Wednesday, but did speak broadly about bulling and hazing in the military.

"Any single case of hazing or inappropriate conduct toward a fellow soldier, airman, Marine, sailor, Coast Guardmen is inappropriate and not acceptable. Zero is the right number. We treat each other with dignity and respect. That's what this uniform requires."

Lt. Dan Choi, a former Army officer and Iraq War veteran who was kicked out of the military under Don’t Ask, Don’t Tell, said there are very few Asians in the military, and that Chen may have felt alone.

"It's very isolating. You don't know if there's anyone in the chain of command who will go to bat for your if there's a problem," he said.

Choi said in Army units, commanders sometimes sweep serious incidents under the rug to pretend that there is no racism in the military.

"Being an Asian-American serving in the military, it's very isolating," Choi said.

Kwong Eng, a racial justice activist and board member of the New York Chapter of the Organization of Chinese Americans, said it's clear that Chen was hazed, despite the Army's policy prohibiting it.

"The culture allows it to happen," he said. "We'd like to change the culture of the Army, so this will never happen again. So no soldier will die because of suicide."

Choi said, in the decade he served in the military, he ignored a lot of the racism going on around him and even took part in some of it because he wanted to fit in.

"I wanted to joke and make other people feel comfortable," he said. "In the Army, you're taught if you stick out, there will be consequences. If you look different, you're starting off with that additional burden and that stress."

Choi said the Pentagon needs to open a wider investigation into racism in the military, specifically against Asians.

He said this is an epidemic and that the military can't blame just these eight soldiers who are facing charges.