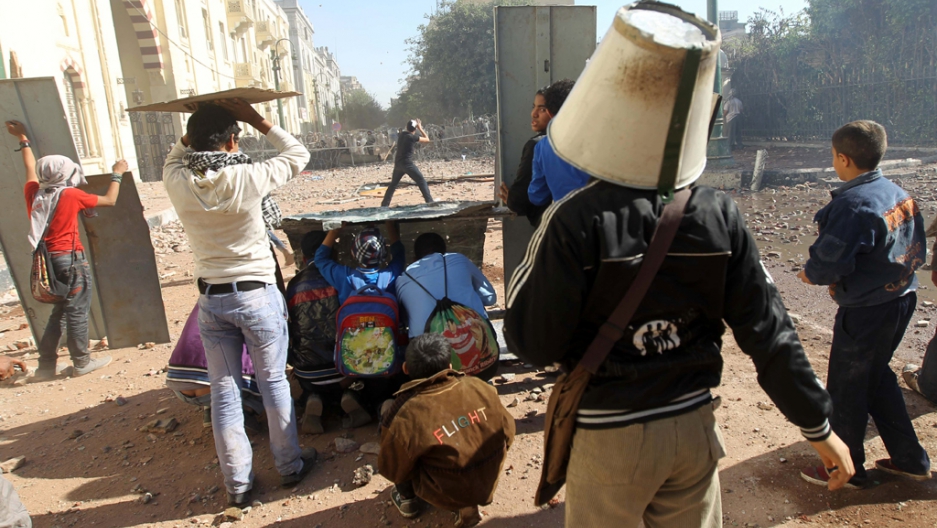 An Egyptian protester wears a bucket on his head for protection as fellow demonstrators take cover during clashes with riot police in central Cairo on December 18, 2011 in the third straight day of violence that has left 10 people dead and damaged a world-famous historic library.
Credit: KHALED DESOUKI
Share

Steven A. Cook puts some of the blame for recent clashes in Cairo on Egypt’s protesters. He also writes that Tahrir Square "smells like piss":

How did Egyptians get to this warped, demented, bizarro version of Tahrir Square? It is easy to blame the SCAF, as so many have, but the generals have also had a lot of help. Each of Egypt's primary political actors -- the military, revolutionary groups, Islamists, and liberals -- have contributed mightily to the country's current political impasse and economic collapse through a combination of incompetence, narcissism, and treachery.