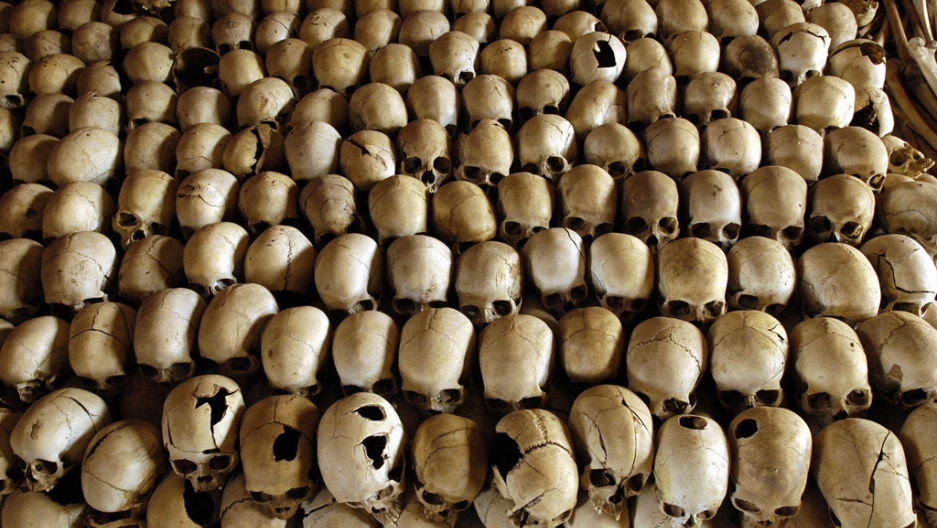 Skulls of the victims of the Ntarama massacre during the 1994 Rwanda genocide. Two former party officials, Mathieu Ngirumpatse and Edouard Karemera, were given life in prison for their roles in the killings.
Credit: Gianluigi Guercia
Share

Two former officials of the National Revolutionary Movement for Development (MRND), the ruling political party during the 1994 Rwanda genocide, have been sentenced to life in prison, BBC News reported.

The president of NRMD, Matthieu Ngirumpatse, and vice president, Edouard Karemera, were convicted of genocide by the UN-backed International Criminal Tribunal for Rwanda.

During the genocide, at least 800,000 people were tortured and murdered over the course of 100 days.

Countless other women and children were systematically raped.

According to Reuters Africa, "the Tanzanian-based court said Ngirumpatse, 72, and Karemera, 60, were members of a joint criminal enterprise to destroy the Tutsi population."

The indictment said that given their high position within the MRND, the two had "superior responsibility" and were unanimously condemmed to life in jail.

Last month, former mayor Gregoire Ndahimana was found guilty of genocide for "planning the slaughter of more than 2,000 Tutsi refugees in 1994."

The UN court sentenced him to 15 years in prison.

The jury, Al Jazeera reported, is located in Arusha, a town in Tanzania.

The UN created the tribunal in 1995 to "prosecute people responsible for genocide and other serious violations of international humanitarian law committed in Rwanda."

Most of the victims of the genocide were ethnic Tutsis and moderate Hutus, who were killed after the Tutsi monarchy was overthrown.

MRND's youth wing, known as the Interahamwe, later developed into a milita group and carried out most of the killings.