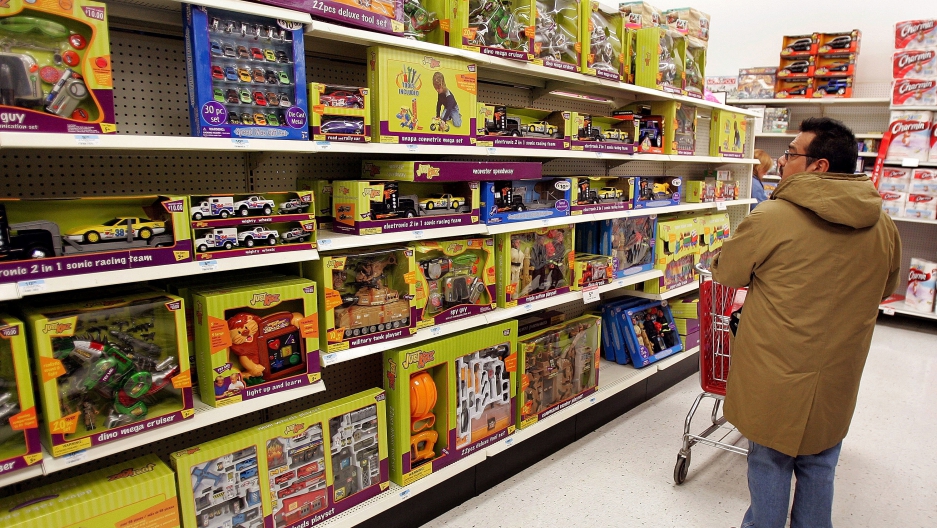 Anonymous Secret Santas across the country are paying off Kmart layaway accounts that have toys and children's clothing.
Credit: Tim Boyle
Share

Maybe Santa Claus does exist after all.

People across the states, known as anonymous Secret Santas, have been paying off layaway accounts at stores in hopes of spreading the Christmas spirit to those less fortunate.

The trend started at a K Mart in Michigan last week when one woman paid about $500 toward three layaway accounts of people she didn’t know, Time reported. The anonymous woman reportedly looked for accounts with toys placed on layaway in order to help out families with children. As the word spread of her good deed, K Mart shoppers across the country followed suit.

Now hundreds of layaway accounts have been annomously paid for at Kmarts, although some accounts at Wal Mart have been included, the Associated Press reported. A Wal-Mart spokesperson said a few stores in Joplin, Mo. and Chicago have had Secret Santas pay off their accounts.

"It is honestly being driven by people wanting to do a good deed at this time of the year," said Salima Yala, Kmart's division vice president for layaway, the AP reported. Kmart representatives said they did nothing to push Secret Santas or even spread word of their good deeds.

More than 1,000 layaway accounts at Kmarts have been paid off, adding up to more than $400,000, a spokesperson for Sears Holdings Corporation, the company that owns Kmart, said, ABC News reported.

Stores in Massachusetts and Indiana have joined in as well. One Secret Santa in California gave $10,000 to pay off toys and children’s clothing that had been placed on layaway, Time reported.

Read more at GlobalPost: In War on Christmas, Santa's a winner