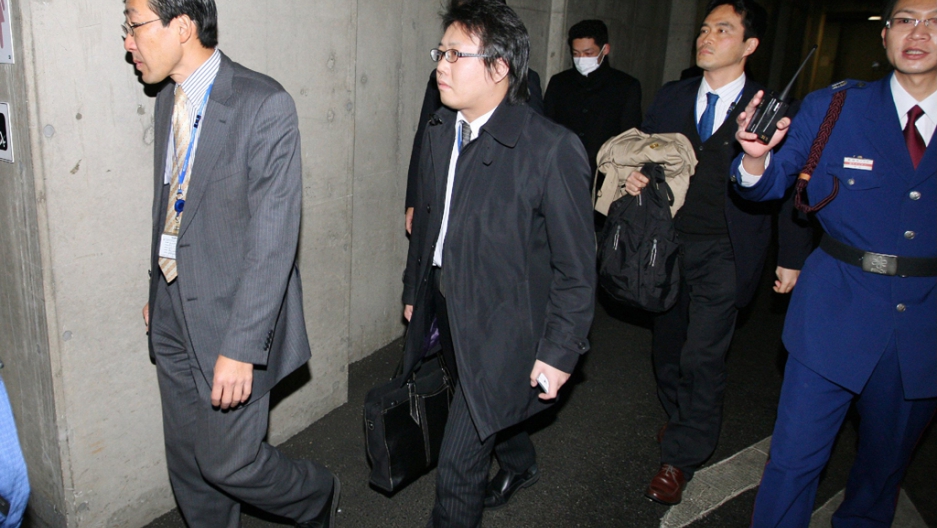 In a rather picture-imperfect moment, the main offices of the camera company Olympus were raided by police today in Tokyo.

According to Reuters, "dozens of black-suited investigators, marching double-file" entered the company's headquarters, as well as the homes of some of its top executives.

Outside the headquarters, an Olympus employee named Masaharu Hamada stood by and spoke to the press.

"I'm tremendously sad that it's come to this," Hamada said. "Especially when it could have been avoided depending on the actions of upper management."

Bloomberg reported that the Japanese company admitted to hiding investment losses for 13 years, totaling up to $1.7 billion in accounting fraud.

The company also "inflated fees to advisers on the 2008 acquisition of Gyrus Group Plc and overpaid in purchasing three Japanese companies with the intention of increasing goodwill."

Last week, Olympus redeclared its earnings for the past five years so it would not be removed from the Tokyo Stock Exchange.

Ever since the former chief executive of Olympus, Michael Woodford, exposed the company's shady finances two months ago, Olympus board members have been struggling to retain control of the company.

"Olympus is said to be looking to raise capital from a domestic investor," The New York Times reported.

It is "a move that would dilute the influence of overseas shareholders, while making fundamental changes less likely."

Japan's biggest banks, which have a lot of influence over the country's top corporations, are also supporting Olympus by becoming the top lenders and major shareholders of the company.