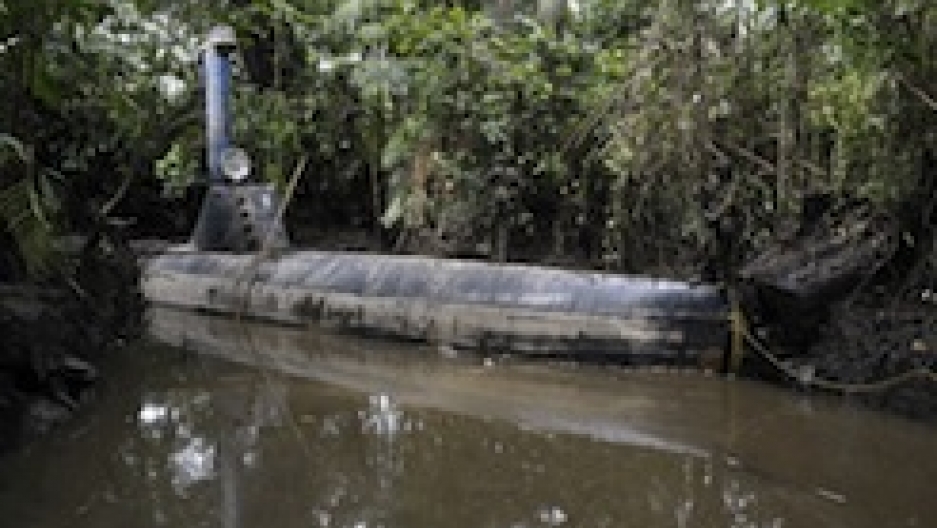 On the streets of American cities, a drug torpedo can refer to a cocktail of marijuana and crack cocaine.

But on the seas off Mexico and Central America, it can mean a real torpedo, which is used to smuggle cocaine, cystal meth or bundles of dollar bills passed the U.S. or Mexican navy.

A report by the Drug Enforcement Administration obtained by Mexican newspaper El Universal, said that cartels are increasingly adapting military torpedoes or even building their own in clandestine workshops.

The submersibles “have metal inner tubes, where they put cocaine, heroin, marijuana, and bank notes at the bottom,” the report said.

Cartels usually carry the torpedoes on ships then shoot them passed navy vessels to accomplices who pick them up on the coast.

If the ships are in danger of being searched they can also easily jettison their cargo. The sea missiles are often equipped with radio recovery systems, for the traffickers to later find them.

The torpedoes are the latest in a series of seaborne smuggling mechanisms utilized by gangsters.

More recently, traffickers have even built their own full on submarines such as one seized by the Colombian navy, which was 101 feet long and could fit up to eight tons of cocaine.

Mexican smugglers have also come up with endless ways to smuggle drugs over the border, from cocaine hidden in cans of chili pepper to a whole industry making trap cars, where drugs are stashed from tires to gas tanks.

The methods are hailed in Mexico’s drug ballads and narco movies for the ingenuity in beating the Mexican and U.S. authorities.

As a commentator identified Joses Casas wrote under the drug torpedo story on the website of El Unversal, “I have always said the Mexican is more intelligent than the guero (white man).”