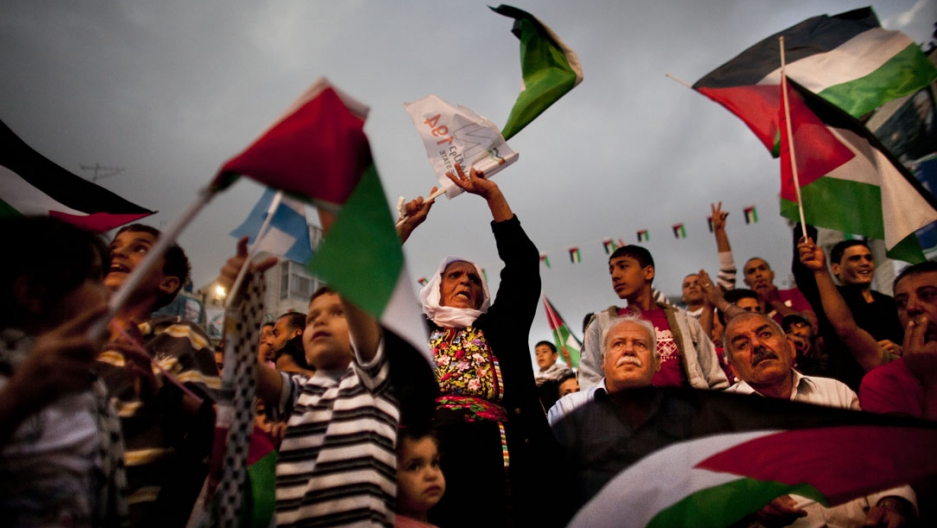 Palestinians in Ramallah watch their President Mahmoud Abbas on TV as he delivers his speech at the United Nations during the General Assembly.
Credit: Uriel Sinai
Share

Members of the South American trade block Mercosur signed a free trade agreement with the Palestinian Authority at a presidential summit yesterday in Montevideo.

It is the first trade deal between the Palestinian territories and a bloc of nations outside the Arab world, reports MercoPress.

The Mercosur nations — Argentina, Brazil, Uruguay and Paraguay — have all recognized the Palestinian state over the last year.

The Palestinian Authority previously only traded with Argentina, according to the Latin American Integration Association. The new deal gives it access to the world’s fourth-largest economic bloc.

But the agreement could turn out to be mostly symbolic because Israel strictly controls the flow of goods in and out of Gaza and the West Bank, reports Americas Quarterly. For now, Israel has said it will respect the free trade agreement.

Mercosur also has a free trade agreement with Israel in effect.