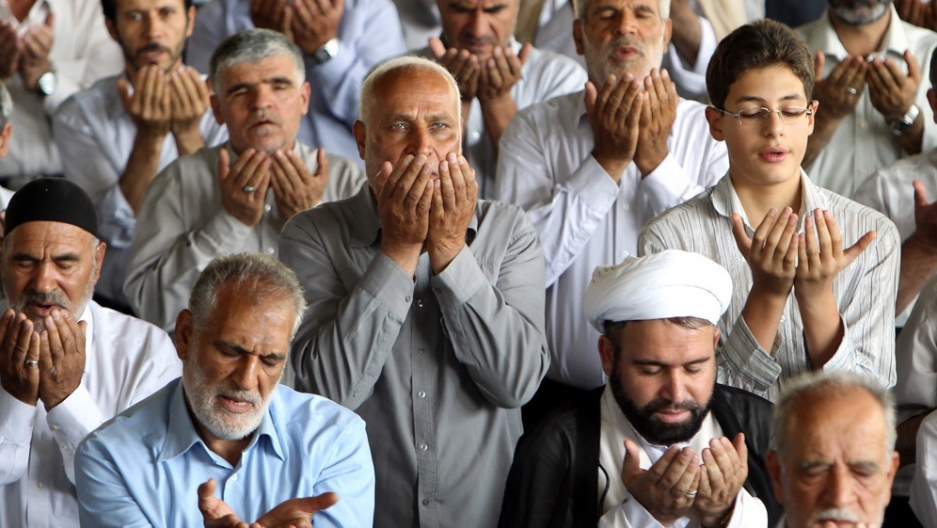 TEHRAN, Iran — Despite the crescendo of war rhetoric sounding among US, Israeli and Iranian officials, life on the smoggy streets of Tehran has remained business as usual.

For the time being, the shops are still well-stocked and Iranians are going about their daily lives as if what some say is the coming war is not actually, and will never, come at all.

While prices are on the rise and many Iranians are having a difficult time making ends meet — a result of punitive economic sanctions levied against it by the United States and financial mismangement by the Iranian authorities — the Iranian people are still consuming, labor strikes are rare, and no viable opposition to the ruling system is present in the current debate.

More from GlobalPost: Has the war in Iran already begun?

Any sign that attempts by the United States to attract the hearts and minds of average Iranians by disrupting the Islamic Republic’s economy has, so far, not had the desired effect. And most Iranians take a pragmatic approach to explaining their country's current war of words with the United States and Israel, and have come to the conclusion that a military attack on Iran is unlikely.

“Everybody fears war; that’s natural,” said Mohsen, a 44-year-old high-school English teacher. “But in the current circumstances it’s not something to worry about. There has to be a good reason for a war, and in this case the consequences for America and Israel of a war against Iran outweigh the reasons for doing it. No one actually thinks the US wants to occupy Iran.”

While a traditional war might be unrealistic, many here feel that a different kind of war is already underway, both in the form of the West’s punitive sanctions on Iran’s financial system, and through covert operations, including still-unexplained explosions that rocked the city of Esfahan in November, as well as one at a Revolutionary Guard outpost just outside of Tehran.

The apparent Iranian downing of a US spy drone earlier this month, as well as the announced capture of CIA agents inside Iran, are also consistent with the belief that the United States is conducting covert attacks to disrupt Iranian security.

Still, Iranians carry with them the painful memory of their country’s 8-year war with Iraq in the 1980s. While many of the reminders of that bloody conflict — especially the larger-than-life murals of those killed in battle, long a central feature of Iranian urban life — are fading from view, the scars of it are still healing more than a generation after it ended.

“I fear war, because I’ve lived through one here and I don’t want to experience that again,” said Bahar, 50, who is a mother of three and recalled the two years of intermittent missile attacks on Tehran by Saddam Hussein’s forces in the late 1980s that forced her family to flee the capital.

Others, like Hanieh, a 32-year-old graduate student, said the experience of the Iran-Iraq War makes the prospects of a new conflict, however unlikely it might be, actually less worrisome.

“I’m not afraid, because I don’t think it will happen and even if it did I am a child of war. When you are a kid and live through a war, it is not the unknown that one fears later in life. It’s something that happens like an accident and you get over it,” he said.

If there’s anything that is concering the average Iranian, it’s not war, but likely the same thing that is worrying Americans and Europeans and people the world over — their economic well-being.

“Why would I be worried about a war? I just want to get out of here,” said Massoud, a 30-year-old bank teller. “For six years I’ve been trying to figure out a way to get to the US. At least there, I might have a chance.”