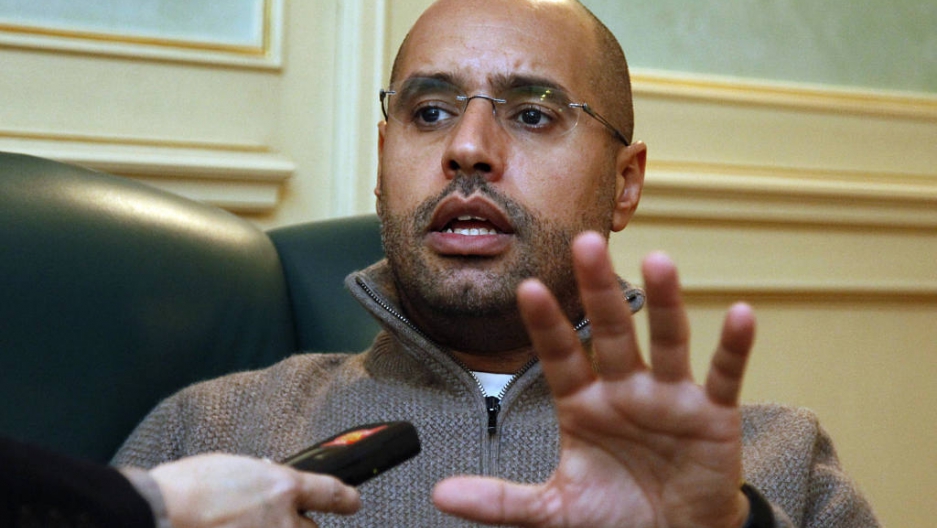 Muammar Gaddafi’s son, Saif al-Islam Gaddafi, is alive and being held by a rebel militia group outside of Tripoli, although he has been denied access to a lawyer since his arrest, a human rights group told the BBC.

A date has yet to be set for his trial, and it is still not clear whether he’ll be tried in Libya or by the International Criminal Court in The Hague, The New York Times reported. The international court had issued a warrant for Gaddafi’s arrest in June but Libyan authorities are insisting he be tried in Libya.

Human Rights Watch, a New York-based advocacy group, sent a representative to see Gaddafi on Sunday in Zintan, a town southwest of the capital. He has been held there since Nov. 19. Fred Abrams, a research for Human Rights Watch, said he met with Gaddafi for 30 minutes privately, The Times reported. Gaddafi, although treated well by Zintan fighters, complained of “total isolation” from his family and that he wanted to see his lawyer but was denied access.

“The treatment is okay; at least I’m in my own country,” Gaddafi told Abrahams, the Daily Telegraph reported. “There is no torture or anything like that.”

The group urged Libya’s new leaders to ensure Gaddafi see his legal counsel, the Associated Press reported. He has been detained for over 30 days. Libya’s general prosecutor, Abdelaziz al-Hasadi, told the group that his office opened an investigation into Gaddafi related to corruption allegations from before the war and would investigate alleged crimes committed by him during fighting this year, the AP reported. So far only high-ranking officials in Libya’s interim government have seen Gaddafi, The Times reported.

Read more at GlobalPost: Gaddafi's son tried to pake it to Mexico