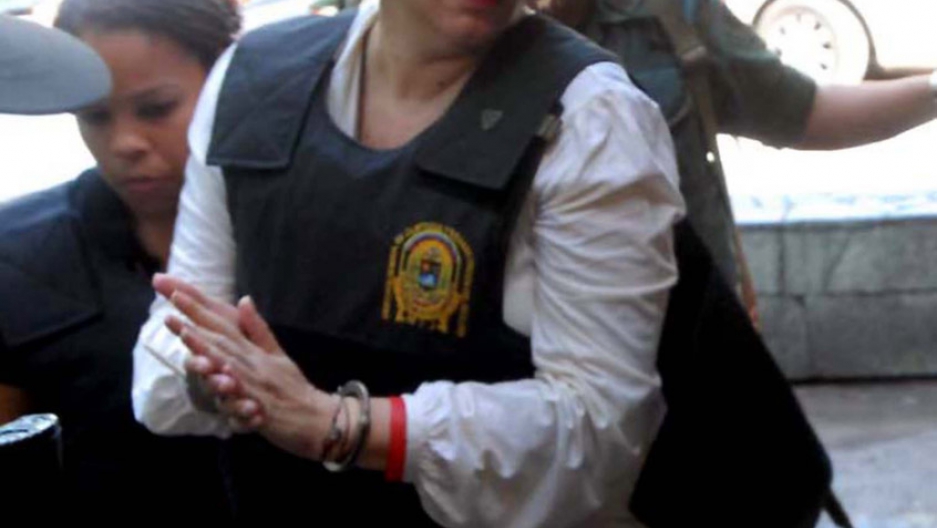 Venezuelan judge Maria Lourdes Afiuni arrives under custody at the forensic clinic in Caracas on July 16, 2010. Afiuni was arrested on December 2009 charged with corruption after ordering the release of a banker accused of fraud. Noam Chomsky is appealing to President Chavez for her release.
Credit: Stringer
Share

Noam Chomsky has appealed to Hugo Chavez to free Venuzuelan judge Maria Lourdes Afiuni, who was controversially jailed in 2009, the Guardian reported.

Chomsky, a linguistics professor at MIT and a longtime supporter of the Venezuelan president, drafted an open letter to Chavez urging him to "correct an injustice" and free the judge, who suffers from cancer and underwent an abdominal hysterectomy while imprisoned.

Afiuni was arrested in December 2009 for granting bail to a banker with ties to the Venezuelan opposition. The businessman, Eligio Cedeño, had been arrested and jailed on charges of evasion of currency controls. After his release, he fled to the United States, the Guardian reported.

Afiuni's decision infuriated Chavez, who said on public radio that the judge deserved 30 years in prison and suggested that she would have been put before a firing squad in another era. She was jailed at Los Teques female prison until February 2011, when she was moved to house arrest.

Several interventions, including a first letter from Chomsky in July, have gone unanswered.

"President Chavez himself is in a courageous fight against cancer. For this reason, he is certainly in a position to personally understand the importance of receiving adequate treatment and marshalling your inner strength for survival," Chomsky wrote in his latest letter, according to the Guardian. "The Christmas-time pardons are an appropriate occasion for President Chavez to correct an injustice and avoid greater damage to her health by a humanitarian release."

However, Chomsky has been critical of the media's coverage of the case, despite his repeated appeals. He said Wednesday that the case had only received so much attention "because Venezuela is an official enemy" of the US, the Guardian reported.