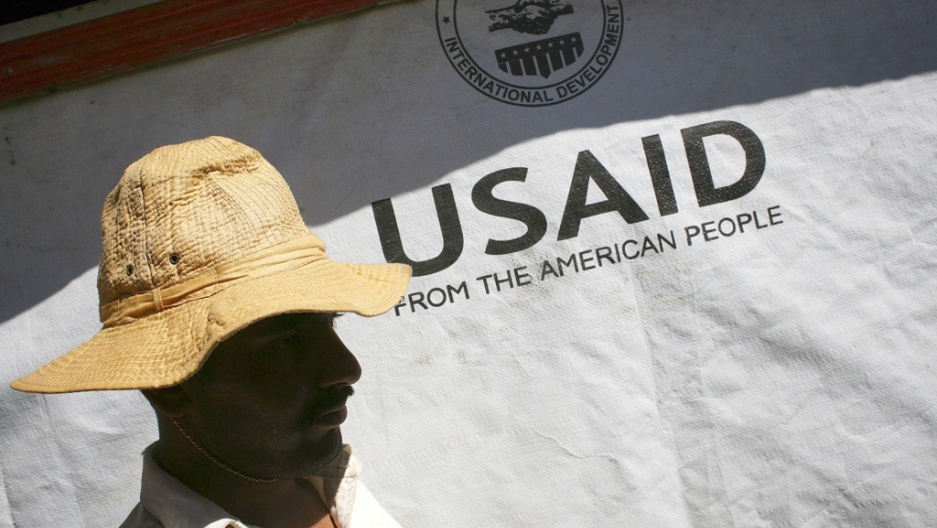 An Australian has been jailed in the US for trying to steal American government aid money in Afghanistan.
Credit: John Moore
Share

An Australian convicted of trying to steal US government aid money in Afghanistan told an American court that he "lost the ability to think straight" after too long in a war zone.

Neil Campbell, 62, a construction manager from Queensland, was reportedly sentenced Tuesday to 22 months in prison for seeking $190,000 in payments as a reward for steering US-funded contracts in Afghanistan.

Campbell has been held in a Washington jail since February after being extradited from India, where he had gone to collect the balance of a $190,000 cash bribe for funneling more than $15 million in reconstruction projects to a local Afghan subcontractor to build a hospital and a provincial teaching college.

According to an FBI news release, Campbell was working in Afghanistan as an agent for the International Organization on Migration (IOM), which has "received more than $260 million from USAID since 2002 to construct hospitals, schools and other facilities."

The Sydney Morning Herald cites the indictment against Campbell as saying he agreed to an initial payment of $10,000 in ''good faith,'' asking for the remainder to be handed to him in a briefcase in Delhi six weeks later.

However, the deal — and Campbell's subsequent trip to India — turned out to be an elaborate USAID sting, as the FBI states in its release:

In August 2010, Campbell met an undercover USAID investigator posing as the subcontractor’s representative and accepted a $10,000 cash payment. Campbell counted the money and requested that the remaining funds come to him in one payment.

In October 2010, Campbell traveled to New Delhi, India, where he believed he would be receiving the remaining $180,000. He was arrested at the New Delhi International Airport by agents of the Indian Central Bureau of Investigation.

According tothe SMH, Campbell spent four months in India's notorious Tihar Prison before being extradited to the US in February to face charges.

At a sentencing hearing in Washington's District Court, he told told Judge Rosemary Collyer: “I had no idea what I was thinking.

“For this I am truly sorry. This is a shame I will have to take back with me to my home town and live with long after everyone in this country has forgotten about it ...

“Being in a war zone, you just get worn down. In the end, you lose your ability to think clearly.”

Of his time in Afghanistan, he said: "It always seemed that everyone wanted their cut. And I don't think that's going to change ... Everyone was on the take, everyone was being paid off in Afghanistan. That's just a part of the Afghan culture

According to the SMH, the jail term was "27 months less than US prosecutors had sought and a fraction of the maximum 10 years' imprisonment under US bribery laws."

The FBI quoted U.S. Attorney Ronald C. Machen Jr. as saying: “This Australian citizen was sentenced to 22 months in prison because of his dishonesty and greed.

“Mr. Campbell tried to extract kickbacks while handing out U.S. taxpayer dollars meant to build a hospital and a school in Afghanistan. His prison sentence should serve as a warning to anyone around the world tempted to divert funds from U.S. contracts for personal gain.”

However, in sentencing Campbell, Collyer said she had taken into account the “hard time” spent in Tihar and in an over-crowded Washington.

Collyer reportedly acknowledged that Campbell's actions could have been the result of undiagnosed post-traumatic stress disorder, adding that it was clear that Afghanistan was "really a hard place to maintain your equilibrium."